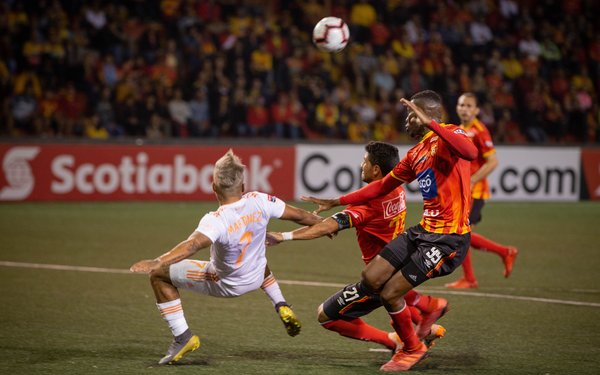 Costa Rica served up another MLS victim in the Concacaf Champions League, and it was a big one.

With owner Arthur Blank and a section of traveling fans on hand at the 8,700-seat Estadio Eladio Rosabal Cordero, 2018 MLS Cup champion Atlanta United fell at Herediano, 3-1, in the first leg of their round-of-16 series.

Atlanta United is the fifth MLS team to travel to Costa Rica for the CCL's knockout stage, and only once has it managed to get a result, the LA Galaxy's 0-0 tie at Herediano in 2013.

All is not lost, but the Five Stripes will have to put on a much better defensive effort when they host Herediano in the second leg next Thursday.

Pity Martinez, the South American Player of the Year, was dangerous in his debut in place of Miguel Almiron, and Atlanta United created plenty of chances, but it was disjointed and slow and couldn't do anything do stop Herediano.

Defender Leandro Gonzalez Pirez gifted former D.C. United forward Jose Guillermo Ortiz the first Herediano goal in the eighth minute when he played his attempt back pass to Brad Guzan into Ortiz's path. In the 34th minute, Ortiz found Randall Azofeifa all alone behind the Atlanta backline, Azofeifa slotted the ball past Guzan.

Julian Gressel scored the lone Atlanta goal four minutes before halftime when his shot aimed at the far post was redirected off of Herediano defender Pablo Salazar.

For his first competitive game as Atlanta United coach, Dutchman Frank de Boer started 17-year-old George Bello at left wing back, but the local product struggled. His header left Gonzalez Pirez stranded in the play that led to the first goal, and he was whistled for a foul and issued a yellow card in the 50th minute. On the ensuing free kick, Azofeifa found Esteban Granados unmarked at the far post to put away Herediano's third goal. 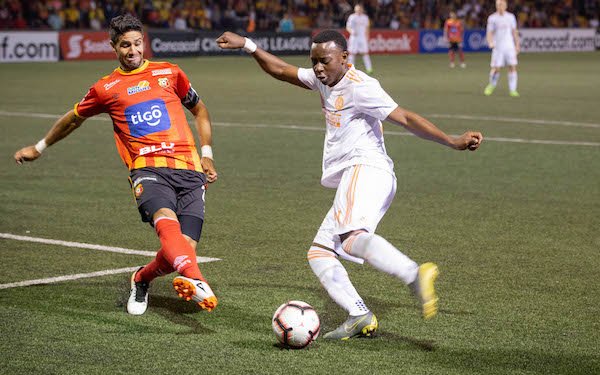 Atlanta United had several chances to cut the deficit again, but 2018 MLS MVP Josef Martinez couldn't put an header on frame and sub Hector Villalba hit a shot that skimmed the post.

Atlanta United won't have the advantage of hosting Herediano at Mercedes-Benz Stadium in the second leg. It is being set up for SuperCross motorcycle racing on March 2, so the second leg of the Atlanta United-Herediano series has been moved to Kennesaw State University’s Fifth Third Bank Stadium.