Fabian Johnson is back -- and his versatility still makes him an attractive U.S. candidate 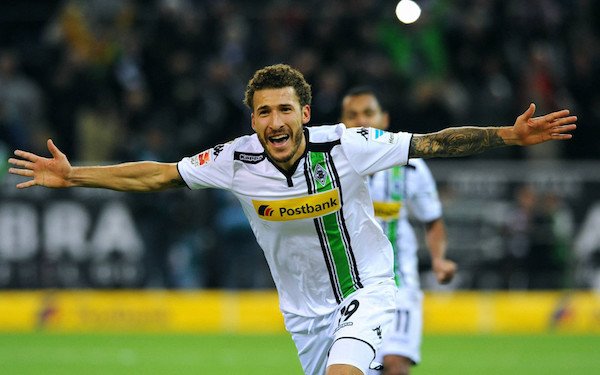 There was a time when Fabian Johnson was a star on the U.S. national team, a jack of all trades but the best player on the team at both outside back positions and both outside midfield positions in the early years of Jurgen Klinsmann's tenure.

He was one of the most dangerous attackers for the USA at right back at the 2014 World Cup in Brazil. He started at left back at the 2015 Gold Cup and 2016 Copa Centenario, but his playing time dropped in 2017 for the latter stages of the Hexagonal, playing on the right side of midfield in two qualifiers, the 2-0 win over Trinidad & Tobago in June and the disastrous 2-0 loss to Costa Rica at home in September.

Johnson wasn't the only player to have a bad game against the Ticos but he was not called back for the Hexagonal finales against Panama and Trinidad & Tobago. That Costa Rica game was Johnson's last game for the USA and came 17 months ago, making him a forgotten man on the national team picture.

At 31, the German-born Johnson probably won't be around for the 2022 World Cup, but he is in the short term an intriguing option for new head coach Gregg Berhalter, who was at the Borussia-Park Saturday and watched Johnson in Borussia Moenchengladbach's defeat to Wolfsburg, 3-0. John Brooks, the other American whom Berhalter came to see on Saturday, started at center back and had an assist.

If available, Brooks is an automatic choice in the U.S. lineup. Johnson started at right back for Gladbach but could play left back where the USA has a dearth of candidates -- and he could play the position in either of the two roles Berhalter sees for his outside backs -- vertical attacker or combination of outside back/central midfielder.

In his fifth season at Gladbach, Johnson has started at right back in the last two games after not playing since the winter break. He has started just eight games for Gladbach, which is third in the Bundesliga and in position to qualify for next season's UEFA Champions League. (The loss to Wolfsburg could be costly, though. RB Leipzig, unbeaten since Tyler Adams joined the team, is only two points behind with a game in hand, and Wolfsburg climbed to within five points of Gladbach.)

In an interview with the Rheinische Post before the Wolfsburg game, Johnson said it was fun to be back in the lineup and he felt comfortable. (His starts early in the season were at left wing.) He also said he understood that his chances of breaking into the lineup were hard when Gladbach was winning.

Johnson has one year left on his contract for what could be a Champions League season. In the Rheinische Post interview, Johnson was asked if he thought about leaving because of his lack of playing time, and he said he had not.

He was not asked about returning to the U.S. national team, but he was asked about whether he might want to move to MLS. (He was rumored to be a target of FC Cincinnati last summer and Toronto FC earlier this winter.)

"Not right now," he said. "We feel well as a family here, I feel comfortable in Moenchengladbach. We will see what the future holds. You should think about it, but in football, a lot can happen quickly. It's such a fast-moving business that it's hard to plan. I take the situation as it is and try to play as much as possible."