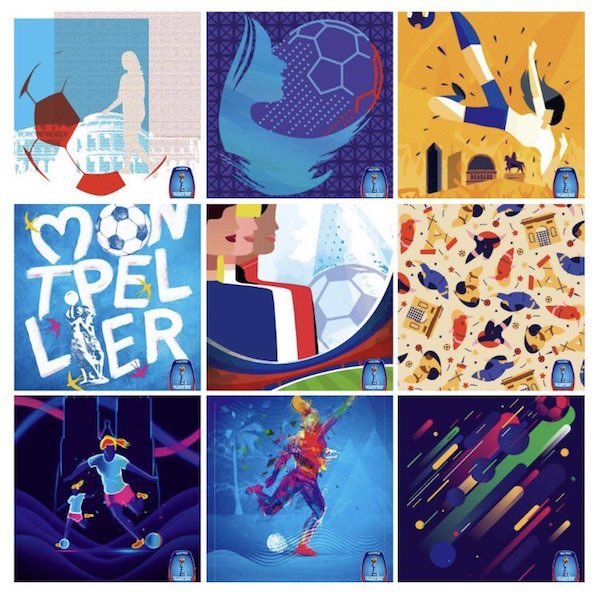 With 100 days to go before the start of the 2019 Women's World Cup, French organizers are already halfway toward their target of selling 1 million tickets for the 52-game tournament.

What has astonished organizers is that almost half the tickets have been sold to fans abroad -- 47 percent in all -- while they had budgeted for just 10 percent of the tickets going to fans from outside of France. In all, 1.3 million tickets are available.

The French sports daily L'Equipe reported that 23 percent of all tickets have been sold to Americans, but another 9 percent have been sold to fans in the Netherlands, the reigning European champion, and 8 percent to fans in Great Britain, where England and Scotland have both qualified for the finals for the first time.

"We suspected that there would be a significant interest because women's football has grown enormously in Europe," said French federation vice president Brigitte Henriques, "and we knew the Americans would come. But this surpasses what we imagined. The USA-Thailand match [June 11 in Reims] is almost sold out."

L'Equipe reported that sales in Lyon, Paris and Reims account for 320,000 of the 500,000 tickets sold in the nine host cities. In Lyon, which will host the two semifinals on successive days and the final, 147,585 of the 173,700 available tickets have been sold.

The ticket sales of visiting fans from abroad are having an impact on local business. Kim Duntze, who is in charge of sports for the Reims city government, said all local hotels are sold out for the month of June.

Henriques attributed the success organizers have had selling tickets within France to low-priced ticket packages: 25 euros ($28.45) for three games. It's part of a strategy to attract families who might not otherwise attend a soccer match and build on the enthusiasm created by France's 2018 World Cup title in France.

The popularity of the female Bleues was evident in Le Havre, one of the nine host cities. The crowd of 22,300 for France's 3-1 win over the USA on Jan. 19 was the first sell-out at the Stade Oceane in two and a half years.
france, women's national team, women's world cup
Next story loading