Gio buyout: 'Best for everybody and we move on' 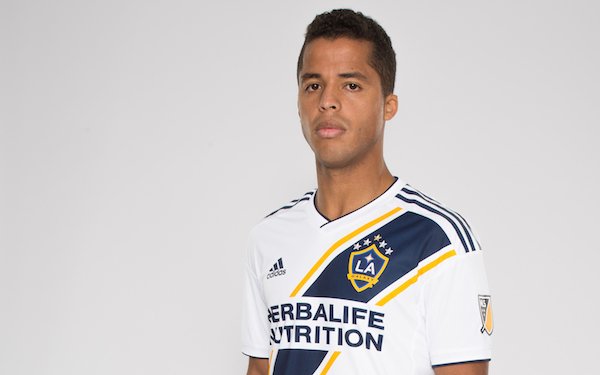 With the Friday deadline for teams to comply to MLS's roster rules hours away, the LA Galaxy announced that it bought out the contract of Mexican star Giovani dos Santos, removing him from its roster for the 2019 season.

The move got the Galaxy down to three Designated Players, the league maximum. Dos Santos, his younger brother, Jonathan dos Santos and Frenchman Romain Alessandrini were the Galaxy's three DPs in 2017. When Zlatan Ibrahimovic returned with a new contract, upgraded to DP status with a league-record $7.2 million salary, one of the returning DPs had to be unloaded.

Efforts to restructure the final year of Gio's five-year contract worth more than $6 million met with resistance, forcing the Galaxy to exercise its one offseason buyout of a guaranteed contract allowed under MLS rules.

Dennis te Kloese, who took over as Galaxy general manager in late 2018, knows the dos Santos brothers well, having come to the Galaxy from the Mexican federation, where he was director of its national team program.

“We have always been respectful and will always be respectful to the roster rules and regulations and this is something we needed to address today," he said on Friday. "It’s a difficult decision and it’s nothing personal, it’s a business decision and best for everybody and we move on.”

The move wipes Gio's maximum salary charge of $530,000 from the Galaxy's budget, though MLS still "owns" him through the end of the year. A deal could be worked out between dos Santos and the league to terminate the contract early, allowing dos Santos to sign with another club during the peak summer window. He leaves the Galaxy after a poor 2018 season during which he scored only three goals to finish with 26 goals in 77 games.

The move was the second the Galaxy made for one of its forwards in two days. Norwegian Ola Kamara was transferred to Shenzhen in the Chinese Super League for a transfer fee of $3.5 million.

“This obviously frees up some funds,” said Te Kloese. “We need additions. We need to strengthen and deepen our roster in certain positions. And we’re very actively doing that. Hopefully soon.”

los angeles galaxy, mls
4 comments about "Gio buyout: 'Best for everybody and we move on'".
Read more comments >
Next story loading