Refs and Our Uniforms

People who know me associate yours truly with soccer refereeing and theme ties. Soccer Americans know about the refereeing so let me briefly explain the theme ties. During the 1990s, I was an art director at Manhattan ad agency Lowe McAdams, on the northern edge of the Times Square area. Nearby was a small tie store that only sold theme ties. I really liked some of their ties and purchased those that fit my interests.

Google changes their logo to match a theme of the day and the Empire State Building changes its lights at night for something significant that day, like when the tower lights were blue, white and red last July after France won the World Cup. So, I wear a tie that has to do with what that day signifies on the calendar. And I’ve had some fun and started choosing the color of my ref shirt to try and do the same, to match what that day is on the calendar.

A couple years later, better-looking shirts were introduced. Although refs in some other countries wear shorts and socks today that are not black, I have never officiated a game with color shorts or socks.

US Soccer and NISOA, the college referee group, created a two-year window for the new shirts. The new U.S. Soccer shirts became mandatory on January 1 of this year while the new college shirts become mandatory on August 1, 2020.

Let’s say that you are officiating games only under the U.S. Soccer umbrella. That’s five shirts in short-sleeve, five shirts in long-sleeve, one pair of shorts and two different pairs of socks (as there are two different designs) for the ref to purchase, which would come to over $500. So you can understand why starter kits are generally one yellow shirt, one black shirt, one pair of shorts and one pair of socks. If the new ref decides to continue, then the complete uniform can be purchased. And if they start doing high school games, 10 new jerseys must be purchased, plus six new jerseys are needed for college games.

I have 26 different referee shirts, which is crazy as each of these groups utilize different shirts. Something to consider the next time your league is discussing ref fees. Or maybe the powers that be should hold off creating new ref jerseys for the next 25 years so we don’t have to keep buying all these shirts. 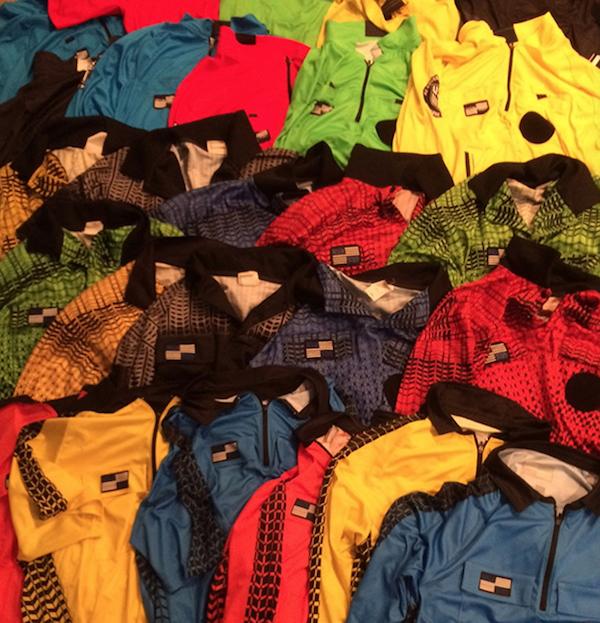 Yet through the course of a year, I generally need to buy one new shirt and several pairs of socks because of the wear-and-tear.

When I started refereeing in the 1970s, refs had to have a military precision in wearing their uniforms. Assessors might still demand that but what I see on the field tells a very different story, corresponding to the decline in dress standards throughout society. (I don’t understand how what I call air-conditioned jeans, which are jeans with all the holes in them, are somehow fashionable.)

The biggest mistakes that I see with ref uniforms are what was once black is now very faded, refs wearing shorts that are black but are not referee shorts, socks not pulled up, caps with team logos on them, shirts not tucked into the shorts and no watches as the ref is keeping time with a phone instead.

And don’t get me started on ref wear during very cold weather as I see referees bundled up in layers, which is good, but not looking like refs as the sweatpants and wool hats have logos and writing on them which are not referee-related. Such as seeing Harvard written down the side of a pant leg. 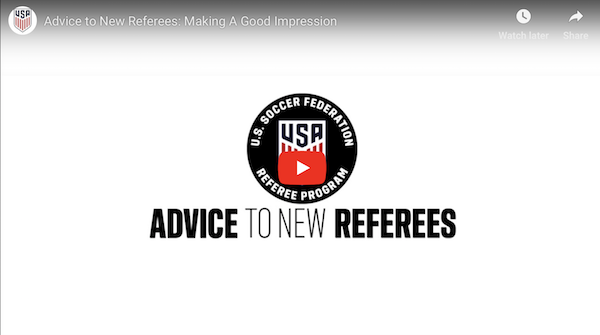 Under FIFA rules, the officials must be wearing a different shirt color than the goalkeeper but college and high school rules do not require this. When doing a few youth games in one day, it can be problematic to wear just one shirt color throughout the day while not having to change your jersey, without having to consider the color shirts of all the teams’ goalkeepers. For youth games, I look at the schedule, think what the teams might be wearing and try and wear one color that will not conflict with the field players for my full schedule that day. I do not change my jersey because of the keeper when I have a full slate of games.

Soccer refereeing continues to be associated with the color black in spite of all these jersey colors because it’s the traditional ref color that’s still worn today. So, when I officiated my milestone 10,000th game two years ago, we had a white team against a light blue team so I was able to wear black, which was great as I wanted to wear the color that I started officiating games with. Just like when I purchased a new car in 2017, I chose a black car as it’s the color still associated with soccer refereeing. But black is not the color to choose on the really hot, sunny days as it soaks up the sun.

College games are played in the fall throughout the U.S. and high school is played in the fall too in New York, so I try and wear the orange ref jersey (on top of my black shorts and black socks) when I’m refereeing near Halloween. Ditto for the red ref jersey on or as we approach Valentine’s Day. I also wear red or green before Christmas, blue during Hanukkah. And the few times that I have refereed on Black Friday, I’ve tried to wear the black jersey.

I’ve officiated college games at Gaelic Park in the Bronx, so named because the Irish sports of Gaelic football and hurling have been played there too. At one match, we had a team wearing all-green uniforms vs. an all-white team and we refs wore the orange jersey so that the colors on the field completed the tricolor of the Irish flag: green, white and orange.

Strangely, two other countries beginning with the letter “I,” India and the Ivory Coast (also known as Côte d'Ivoire), have green, white and orange tricolor flags as well but that’s another discussion for another time. In preparing this article, I tracked which jersey I wore the most during 2018 and found out that I wore yellow the most (35% of the time), followed by green (23%), black (18%), blue (12%) and orange and red (both at 6%).