Swiss coach gets a gift from U.S. Soccer

Raphael Wicky  is a lucky man. For the last seven months, he was an unemployed Swiss coach. Now, he has a chance to take the most talented generation of American boys in history to the U-17 World Cup. 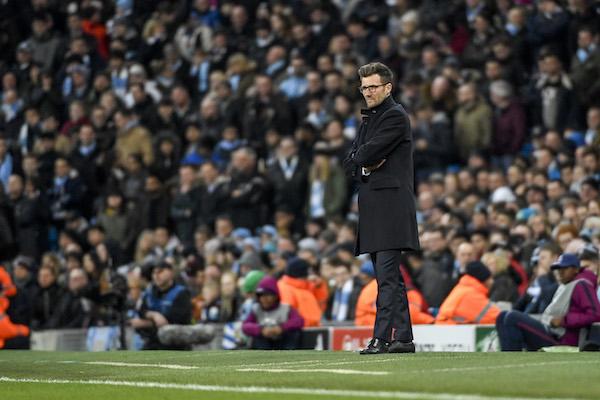 So many American coaches have contributed to the unprecedented level the teenage players of the USA have reached in the last few years. Now those American coaches get to watch an imported coach who has contributed zilch to that progress enjoy the most glamorous phase – taking a national team into qualifying for a youth World Cup.

For whatever impresses about Wicky’s resume – we’ll get to that later – there are scores of American coaches very well suited, and deserving, of the job.

In fact, U.S. Soccer didn’t even need to go beyond the coaches they were already employing in the youth national team program. But U.S. Soccer came up with a requirement – moving to Chicago – that made the position unfeasible for them.

Wicky agreed to move to Chicago. That in U.S. Soccer’s eyes makes him a better pick than coaches who have spent years coaching American kids, in the American system, navigating all the complexities and taking on all the challenges of American soccer. And doing very well at it.

Although we’re all so disappointed about the USA failing to qualify for the 2018 World Cup, we have never seen as much progress by as many young American players as we see now. Even the U-17 team that Wicky gets to coach has players who have already been signed by European and MLS clubs. American coaches should get credit for that.

But U.S. Soccer did not consider any American coaches qualified for heading the U-17s. If it did, we know U.S. Soccer has enough in its coffers to convince at least one American coach to uproot his family from elsewhere in the nation, move to Chicago, and take the job.

So Wicky will be living in Chicago for a couple months before U-17 World Cup qualifying. That U.S. Soccer values that more important than coaches having spent so much of their lives in the USA working to make us a better soccer country is a slap in the face to the American soccer coaching community.

None of this is Wicky’s fault. He’s a former Swiss national team player, with 75 caps and World Cup experience. The last stop on his playing career, which included a long stint in Germany with Werder Bremen and Hamburg SV, was with MLS’s now defunct Chivas USA in 2008, when he played five MLS games.

He then went into youth coaching in his home country with FC Thun, Servette and FC Basel, a team that does have an impressive track record of launching pro careers from its youth academy.

Wicky only lasted a year as head coach at FC Basel, reaching the Champions League round of 16 before getting fired two games into the 2018-19 season.

In December of 2018, he married an American woman, Laura Junker, in Los Angeles – covered by the Swiss tabloid press -- and according to Blick, Switzerland’s largest circulation newspaper, he owns a house in California. According to the Lucerner Zeitung, he stayed in California after the wedding while considering foreign coaching jobs. But he wasn’t in a rush, according to Blick, because he was still getting paid by FC Basel through June 2019.

American coaches – from the ones who have been coaching youth national teams to those at the clubs that have been producing the players courted by European and Mexican clubs -- now know how little faith U.S. Soccer has in them.

For however successful Wicky might end up being, that is something U.S. Soccer should keep in mind when it starts filling the other four youth national team head coaching vacancies on the boys side.