MLS surprise: Loons are off to flying start with two wins on the road 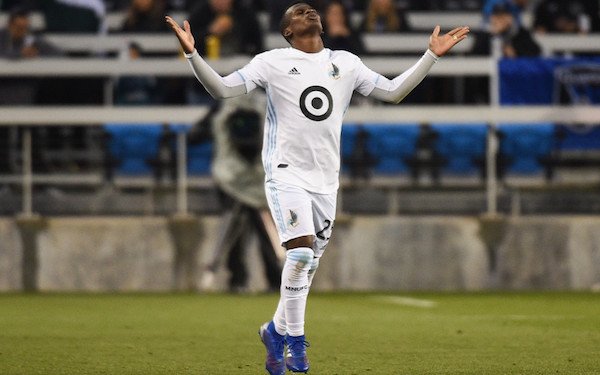 Minnesota United has opened the 2019 MLS season with two wins in two games, joining the Seattle Sounders as the only team to open the season with six points through play on Saturday night.

In beating San Jose, 3-0, at Avaya Stadium, the Loons accomplished what only one other team has done since 2016 and that's open with wins in its first two games on the road.

The most impressive thing about the win over the Quakes, which follows a 3-2 victory at Vancouver, is Minnesota United would have won by a bigger margin but for some great work in goal by Earthquakes goalkeeper Daniel Vega in the first half.

"Obviously, winning always breeds confidence, but I'm more concerned about the performance, the level of performance expected and if we play like that, it's normally enough to win games," said Minnesota United coach Adrian Heath. "We've had two road games, six goals and tonight we conceivably left a few out there because we probably should have been two or three up at halftime. So it's been a really good performance and I'm pleased with the group, pleased with the fact that it's a clean sheet, and it's a good start."

The two wins on the road are one more than the Loons registered in all of 2018 when they finished 10th in the Western Conference.

Minnesota United showed some glimpses of being a contender in 2018 following the acquisition of Darwin Quintero from Club America at the first month of the season. Quintero finished his first season with 11 goals and 15 assists in 27 games and followed that up with one goal and two assists against the 'Caps and one goal from the penalty spot and an assist on Miguel Ibarra's goal on Saturday at San Jose.

As pleased as Heath was in Romario Ibarra finding Quintero in pockets and the Loons' attack breaking down the Quakes' man-to-man marking,  he was even more impressed with the defensive effort.

"I thought that the back four defended the goal really well when they put balls in the box because we know when they've got balls in the box they've got probably one of the best forwards for his movement in the league in [Chris] Wondolowski," he said. "I think they had one cross in the first half and he got on the end of it when it hit the post. Overall, I thought we were well worthy winners, we were the better team from probably minute one to 90."

Five of Minnesota back seven were offseason pickups brought in to stabilize the worst MLS defense over the last two seasons (2.07 goals per game):

-- Italian goalkeeper Vito Mannone, signed on loan from English club Reading,
-- French right back Romain Metanire, who plays internationally for Madagascar;
-- Center Ike Opara, the 2017 MLS Defender of the Year with Sporting KC;
-- Midfielder Osvaldo Alonso, a veteran of 10 seasons with the Seattle Sounders; and
-- Midfielder Jan Gregus, a Slovakian international who was playing in Denmark.

Heath said he wouldn't trade Alonso and Gregus for any central midfield pairing in the league.

"Ozzie's been the best No. 6 in this league for ten years," he said," and as I said, we've brought in a Slovakian international to play alongside him. I don't think it's a coincidence that we've dominated both games' possession because we've got two really good continuity players in there. We've got people who know where to go, to stand and get the ball, we've got people who know when to pick the pace of the game up, when to slow the game down and that's only going to get better, that partnership."

The Loons will need the steadying play of Alonso and Gregus as they have three more games on the road -- at the LA Galaxy, New England Revolution and New York Red Bulls -- before the opening at new Allianz Field on April 13.