What's wrong with Atlanta United? Even worse than bad is it's boring 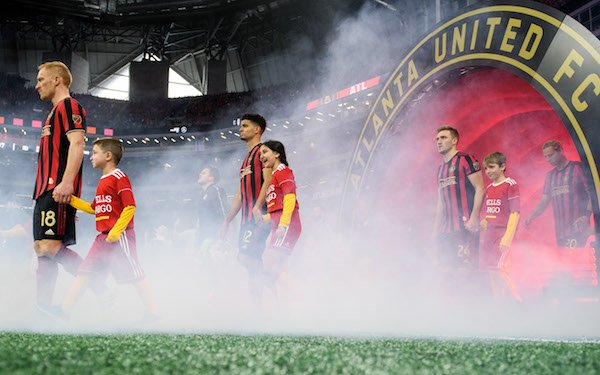 1. If you have been around American pro soccer long enough, you know that the only thing worse than being bad is being boring.

Growing a sport without natural fan bases required leagues to go out of their way to attract the novice fan, and all sorts of gimmicks were introduced to make soccer more exciting in the early days -- from the bonus system the NPSL used in 1967 and NASL copied in 1968 to the 35-yard offside line, which the NASL instituted in 1972 to open up space for creative players and continued to use until 1981 when FIFA ordered it to be dropped.

When it launched in 1996, MLS passed on the bonus system -- one point up to three points per game for each goal scored in addition to six points for a win -- but has used its control over spending to encourage attacking play by selectively introducing exceptions to the salary cap like the DP rule and TAM and GM. With the influx of TAM, in particular, scoring has gone up, topping three goals a game in 2018.

Atlanta United took everything to a new level, on the field and off, when it entered MLS, breaking a league record for most goals by an expansion team in a season with 70 goals in 2017 and matching that number in 2018 when it won the league title. Only four other teams have scored more goals in a season in the entire 24-year history of the league.

All that makes the Five Stripes' slow start to the 2019 season so shocking. They've not only been bad -- two losses in three games in the Concacaf Champions League and one loss and one tie in two MLS games -- but they've been boring, leading to a spate of "Frank de Bore" jokes about their new head coach, Dutchman Frank de Boer.

Atlanta United was only two weeks into its competitive season and a #DeBoerOut campaign popped up. After Sunday's 1-1 tie with expansion FC Cincinnati, De Boer was asked for his reaction to the criticism about Atlanta United's start.

“Everybody was spoiled with the results of last season," he said, "so everyone has expectations, and that’s normal, but everybody also saw what happened with Toronto FC when they played in the Champions League last season."

In Atlanta United's first two seasons, it also lost its season opener -- 2-1 at home to the New York Red Bulls in 2017 and 4-0 at Houston in 2018 -- but quickly regrouped, running off a four-game unbeaten streak in 2017 and four-game winning streak in 2018. That's why the result of the second MLS game against FC Cincinnati -- a team that had been demolished at Seattle in its opener -- was so concerning.

De Boer said his players were still giving 100 percent despite playing their fifth game in 17 days on Sunday, but it wasn't a good look that Atlanta United gave up two goals in the last nine minutes in Monterrey and turned a 1-0 away defeat -- "a very good result," said De Boer -- into a 3-0 defeat and it conceded the tying goal to FC Cincinnati's Roland Lamah in the 85th minute on Sunday.

De Boer arrived in January stressing how important it will be to rotate the team -- Atlanta United almost ran out of gas at the end of the 2018 regular season -- so it is surprising he has made so few lineup changes.

“This is the first home game," he said after Sunday's tie. "You want to be as strong as possible. There’s almost 73,000 people in the stadium and we had a loss of course in the first game against D.C. so you want a good result. You think maybe you might do some rotation but for me the most important thing and getting a boost to the next game. Sometimes you have to risk those things. A home game, everyone wants to see Gonzalo [Pity Martinez]. That’s normal. That’s why we put him in.”

That still doesn't explain the lack of ideas in the Atlanta United attack. Two changes have been made since last season:

-- De Boer replaced the 3-5-2 formation Tata Martino used and installed a 3-4-3; and
-- Miguel Almiron was sold to Newcastle United and Martinez was acquired from River Plate.

What the first five games have shown is how much Atlanta United misses Almiron with his open-field play and link-up with Josef Martinez -- the kind of work that is essential in MLS and also so important to Miggy's early success in the EPL.

So far, Pity Martinez hasn't been much of a factor, not for a lack of trying. He was targeted by Monterrey -- fouled 10 times -- and taken out of the first leg. He said he was used to being fouled in Argentina but surprised by the level of fouling in the CCL.

He'll be joining Argentina next week for its friendlies against Venezuela and Morocco, so it could be several more weeks before he is fully focused on Atlanta United's MLS campaign. At that point, assessing de Boer's Atlanta United will begin in earnest. 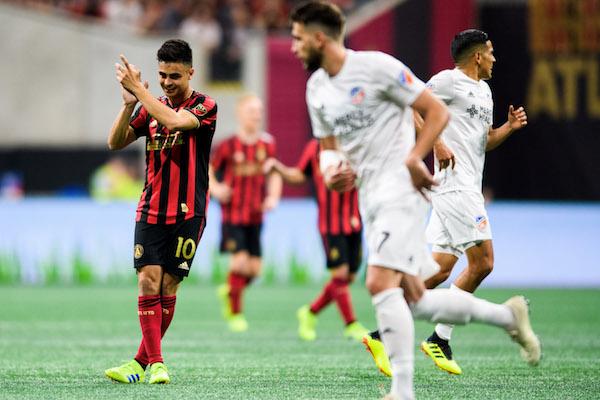 2. As teams introduce or give more playing time to young Homegrown Players -- U.S. U-20 Paxton Pomykal had a great outing for FC Dallas on Saturday and 16-year-old Gianluca Busio started for Sporting KC on Sunday -- the SuperDraft is quickly becoming irrelevant.

After two weeks, the top four picks in the 2019 SuperDraft have yet to even dress. And in Week 2, only one 2019 SuperDraft pick started: Orlando City's Kamal Miller, taken in the second round. Four other picks -- Hassani Dotson (Minnesota United), Andre Shinyashiki (Colorado), Peter-Lee Vassell (LAFC) and Tajon Buchanan (New England) -- played a combined 43 minutes, almost half by Vassell, a Jamaican discovered in the Caribbean combine.

atlanta united, mls
15 comments about "What's wrong with Atlanta United? Even worse than bad is it's boring".
Read more comments >
Next story loading