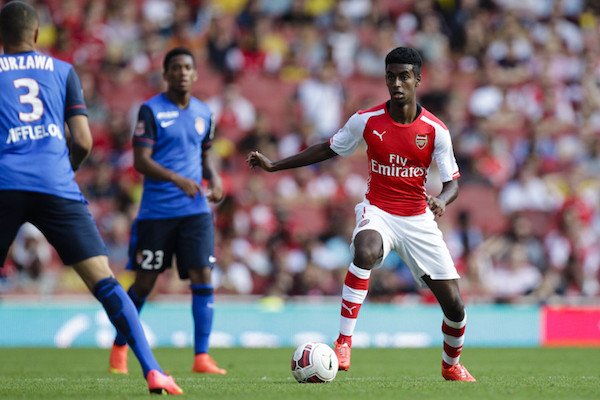 Gideon Zelalem, who debuted for Arsenal in the FA Cup two days before his 17 birthday, has moved on from the Gunners and joined MLS's Sporting Kansas City.


A career that began with great promise stalled when he was injured playing for the USA in the opening game of the 2017 Under-20 World Cup. Two knee surgeries later, the writing was on the wall.

With his contract at Arsenal set to expire in June, he acquired to a move on a free transfer to Sporting KC.

Born in Berlin to Ethiopian parents, Zelalem moved to Maryland at age 9. Prior to joining Arsenal’s youth program shortly before his 16th birthday, he starred for the Olney Rangers under head coach Matt Pilkington.

In the days before MLS Development Academy teams recruited most of the best players, the Rangers were one of the nation's top youth teams, producing Jeremy Ebobisse, who starts for the Portland Timbers, Jake Rozhansky, who starts for Hapoel Katamon Jerusalem in the Israeli second division, and Carter Manley, who is in his second season with Minnesota United, as well as Zelalem.

Zelalem said he sought out Ebobisse's advice on his move to Kansas City.

“I spoke to some of the players I’ve played with like Jeremy Ebobisse who gave me an insight about this club,” Zelalem said at a press conference on Monday. “They play a passing game which suits my style, and it’s a great city as well. The MLS is growing every year, so it’s a very attractive league and attractive club as well.”

Elemental, who turned 22 in January, played for Arsenal in the FA Cup, League Cup and UEFA Champions League but never played in the EPL. He played five games for Arsenal in an EPL competition for U-23 teams.

“I was at Arsenal for six years,” Zelalem said. “I had two loans at Rangers and VVV Venlo. Unfortunately, it didn’t work out. I don’t think the injury helped me being out for two years, so when I did come back I kind of had an idea already of where my career was at with Arsenal.”

It was considered a coup that Zelalem, who played for Germany youth teams, decided to represent the USA internationally, and FIFA green-lighted that decision.

He played for the USA in the 2015 and 2017 Under-20 World Cups, where one of Tab Ramos' assistants was Sporting KC technical director Brian Bliss. He feels he can step into any of the Sporting KC's midfield positions in its 4-3-3 formation.

“I feel that I have tendency to go forward," Zelalem said, "but I can play the [No.] 6. I played the six with the U-20’s when I got injured, and I was quite comfortable there as well. But I like to create, create chances, and score goals. Scoring goals is one of the things I want to add to my game.”

With one of the deepest teams in MLS, Sporting KC has the best chance of the four MLS entrants to advance to the Concacaf Champions League semifinals, so opportunities should come for Zelalem to break into the team but at his own pace.