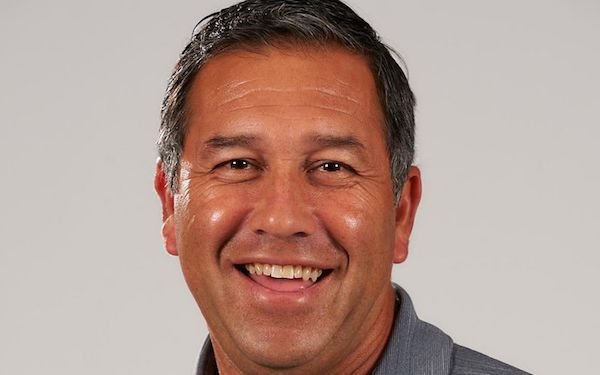 Longtime UCLA men's soccer coach Jorge Salcedo, a former U.S. international, was placed on leave on Tuesday after he was one of nine college coaches, including three former women's soccer coaches, indicted in a bribery scheme that involved dozens of parents trying to get their children who otherwise might not have gained admission to top-level universities admitted on made-up credentials as recruited athletes.

"These parents are a catalog of wealth and privilege," U.S. Attorney Andrew Lelling said at Boston federal court in announcing the charges.

Salcedo is accused in two cases of conspiring to commit racketeering:

-- In the first case, which took place in 2016, he is alleged to have received the transcript, standardized test scores and falsified soccer profile of a young women from former USC women's head coach Ali Khosroshahin and passed them on to a UCLA women’s soccer coach. When the student was admitted to UCLA, her parents donated Facebook stock worth more than $250,000 to Key Worldwide Foundation and a sports marketing firm Salcedo controlled received a payment of $100,000 from a Key Worldwide Foundation account.

-- In the second case, Salcedo is accused of receiving another $100,000 payment in October 2018 from one of the Key Worldwide Foundation accounts for designating the son of an Edge client as a men's soccer recruit, facilitating his admission to UCLA when the student didn't play competitive soccer.

Salcedo first came to prominence as captain of the 1989 U.S. Under-17 World Cup team. He played for UCLA when it won the 1990 NCAA Division I title and spent five years in MLS with the LA Galaxy, Chicago, Columbus and Tampa Bay while earning three caps for the USA. He has coached UCLA since 2004, making him the second-longest tenured Bruin men's coach after the late Sigi Schmid, whom he played for.

Under Salcedo, UCLA has advanced to the NCAA Division I title game in 2006 and 2014. In recent years, the Bruins have struggled as more players from talent-rich Southern California turn pro out of high school, but they continue to produce top pro prospects.

Abu Danladi was the No. 1 SuperDraft pick by Minnesota United in 2017 and Frankie Amaya went No. 1 to expansion FC Cincinnati in 2019. Anderson Asiedu (Atlanta United), Matt Hundley (Colorado) and Erik Holt (Real Salt Lake) also signed this season with MLS teams, while Mohammed Kamara signed with Germany's Paderborn after one season in Westwood.

-- Khosroshahin, who coached the Women of Troy to a national title in 2007, and former assistant Laura Janke were charged with racketeering conspiracy, accused of accepting payments totaling more than $350,000 sent to a private soccer club they controlled in exchange for getting four children of Singer's clients designated as women's soccer recruits even though they didn't play competitive soccer.

-- Former Yale women's head coach Rudy Meredith, who coached the Bulldogs from 1995 until November 2018, was charged to conspiracy to commit wire fraud and honest services wire fraud; honest services wire fraud. In one case, Singer clients paid $1.2 million for their daughter to get admitted to Yale as a "co-captain of a prominent club soccer team in Southern California" even though she didn't play competitive soccer. Singer is accused of asking Janke to make her look good: "Needs to play Academy and no high school soccer." “The head coach of women’s soccer at Yale” was identified in court documents as being a cooperating witness in the case since April 2018 “in the hope of obtaining leniency when he is sentenced" after pleading guilty to the charges and being ordered to forfeit a total of $866,000.

√ The coaches: The soccer coaches were among nine college coaches indicted, in addition to a USC athletic administrator.
√ The sports: Other sports included sailing, tennis, volleyball and water polo.
√ The universities: Cases involved fraudulent admissions to other Division I programs: Georgetown, San Diego, Wake Forest, Stanford and University of Texas at Austin.
√ The parents: Hollywood actresses Felicity Huffman and Lori Loughlin and Napa Valley winemaker Agustin Huneeus Jr. were also indicted. Many were from wealthy Bay Area neighborhoods.

The case also involved SAT and ACT admission tests being taken by someone other than the student -- or having the answers corrected.