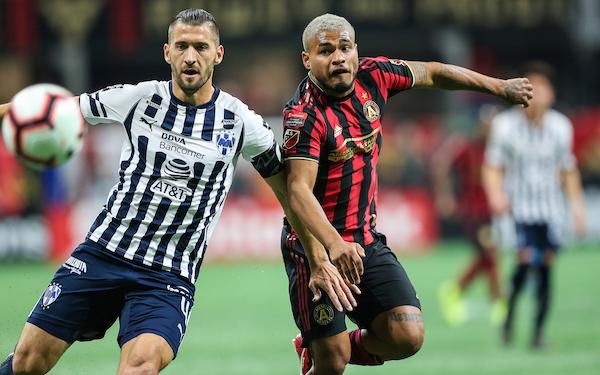 Atlanta United became the third MLS team to exit the Scotiabank Concacaf Champions League quarterfinals when it only managed to beat Monterrey, 1-0, and fell, 3-1, on aggregate.

Josef Martinez's third goal of tournament came in the 77th minute, too late to give the Five Stripes' much hope of reversing the 3-0 loss in Mexico, but it was enough to beat an opponent that sat back and defended its lead.

Martinez scored after breaking behind the Rayados' defense and taking a great pass from Darlington Nagbe. The goal came minutes after Los Rayados hit the crossbar twice in succession.

The game drew 40,048 fans for the first CCL game at Mercedes-Benz Stadium.

Atlanta United's exit followed that of the New York Red Bulls and Houston Dynamo, who lost to Mexico's Santos and Tigres, respectively.

Sporting KC, the fourth MLS team in the quarterfinals, beat Liga MX's Toluca to reach the final eight. It needs to make up a 2-1 deficit when it hosts Panama's CAI in Thursday's second leg.