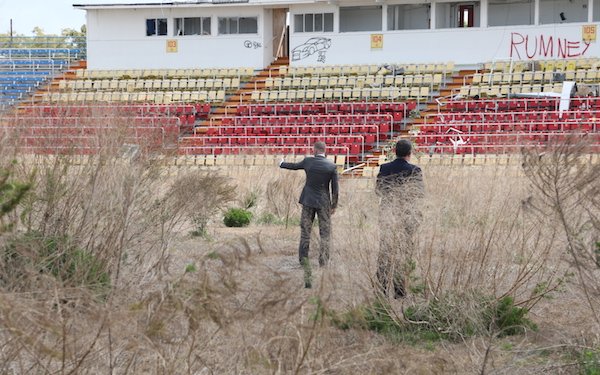 The history of MLS stadium projects tells us it's always wise to have a Plan B.

In the case of Inter Miami, it might be on Plan F.

More than five years after David Beckham first announced his intention to bring an MLS team to Miami -- and more than a year after he and his Miami partners, Jorge and Jose Mas, were formally introduced as owners of MLS's 25th team -- it's unclear if it will ever play in Miami.

Inter Miami is moving ahead with plans to begin play in MLS in 2020 and has staffed up on both the business and technical side and begun putting together an academy program for the 2019-20 Development Academy season, but it is still without a home.

It won voter approval last November for their plan to turn a municipal golf course near Miami International Airport, Melreese golf course, into Miami Freedom Park, a $1 billion development with a 25,000-seat stadium. But that approval only gave city commissioners permission to negotiate a lease of the land for the 73-acre redevelopment.

As of now, Inter Miami might not have the votes on the city commission to reach a lease agreement on the stadium project, and a procedural vote on Thursday to force city staff to present city commissioners a lease proposal by September -- before municipal elections in November -- could complicate matters. 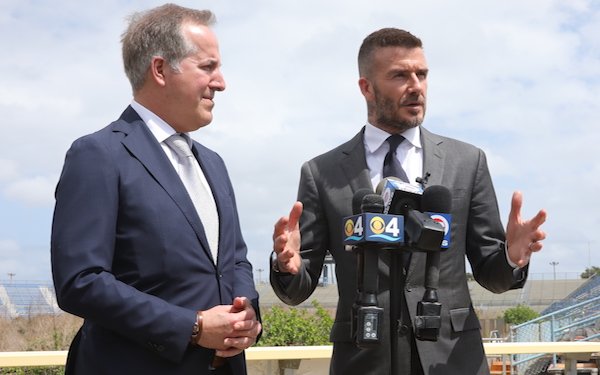 In the meantime, Inter Miami has moved away from Miami to Fort Lauderdale's Lockhart Stadium in search of a temporary home.

The announcement came on Thursday at a press conference attended by Beckham and Mas at the Lockhart site, overrun with weeds following the demise of the second attempt at the Ft. Lauderdale Strikers, who played in NASL for six years.

Mas said the plan is to still build a stadium at the Melreese site and move in for the 2022 season, but Inter Miami will in the meantime play in Fort Lauderdale for the 2020 and 2021 seasons. (That's still contigent on the approval of city commissioners in Fort Lauderdale, where another group, FXE Futbol, also has plans for Lockhart.)

“When we looked at interim sites because our stadium in Miami at Miami Freedom Park will take a couple years to build and construct," he said. "We anticipate playing there in March 2022. But for our 2020 and 2021 seasons, we explored as an ownership group different options and what other MLS teams have done. Some have played in baseball stadiums, some have played in larger venues and football stadiums but we’ve always wanted to design something special for our fans. So we have made a commitment to make an investment here for our team, for our fans, so they can have a great experience.” 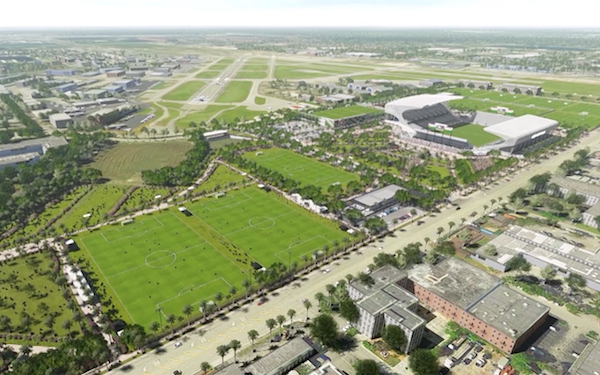 Soccer in South Florida took off in the late 1970s when the Ft. Lauderdale Strikers with stars like George Best, Gerd Mueller and Teofilo Cubillas moved into Lockhart Stadium, a local high school football stadium that first opened in 1959. But the first MLS venture into South Florida -- the Miami Fusion -- lasted only four years.

The Melreese site was the fifth site Beckham's group looked at in Miami. It failed in bids to secure stadium sites in three other parts of Miami and then when it found a site, in the Overtown neighborhood, the Mas brothers, who only arrived on the scene in late 2017, got cold feet about the project.