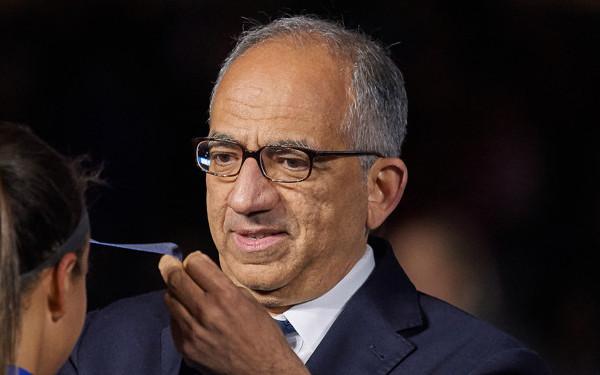 In its first public statement since 28 members of the U.S. women's national team filed suit against it for gender discrimination, U.S. Soccer released an open letter from its president, Carlos Cordeiro.

In the letter, Cordeiro emphasized the federation's goal of what he described as providing "fair and equitable pay" for the women, the good will that has been developed since the federation and women reached a new collective bargaining agreement in 2017 and ongoing efforts to elevate women's soccer.

1. U.S. Soccer's long history being at forefront of women's soccer. "U.S. Soccer has been and continues to be a champion for women's soccer in the United States and on the global stage."

2. Its increased investment in women's soccer in recent years. "We have added additional technical and high-performance staff focused only on the USWNT, provided additional charter flights to improve travel, and created two elite women's international tournaments to provide high-level competition in the United States, among other efforts to support the team. We also continue to expand our investment in female player development programs, including our eight Youth National Team programs and the Girl's Development Academy."

3. Ongoing dialogue with players. "While we believe the current agreement is fair and equitable, we are committed to working with our USWNT players and understanding specifically where they believe improvement is needed. As we continue to review the lawsuit, we thought it was imperative to reach out to team leaders to better understand their thoughts and concerns. To that end, on Wednesday I spoke with some of the veteran players to better understand their thoughts and concerns. Our initial conversation was open, cordial and professional, and we will continue to work to resolve this matter."

Cordeiro also said the players had not raised concerns about the CBA and the federation was therefore "surprised" that the lawsuit was filed.

While both parties have stressed how much better the working relationship has been, it had been very poor for a while, so it still has a ways to go. Many of the grievances the players have had with the federation in the lawsuit relate to the EEOC complaint filed in March 2016 -- a year before the new CBA was finalized.

A lawsuit was inevitable, though, once the EEOC issued a "right-to-sue" letter, following its investigating agent's report that there were a case for discrimination.

The "right-to-sue" letter comes with a 90-day statue of limitations to proceed with a lawsuit.