Does the USA need yet another youth league? The USL says yes

Another year, another youth soccer competition. As always, the competition’s goals sound good but raise a few thorny questions.

This year’s model is the boys USL Academy, announced last week: “The United Soccer League officially unveiled its vision for the future of the league’s Academy system on Thursday, with the announcement of USL Academy Cup, a new competition set to begin this year that will set the stage for the organization’s first ever Academy League.”


The idea is to encourage USL clubs that don’t already have youth academies to organize them. The USL, including all tiers from the second-division Championship to the amateur League Two, points toward “the ultimate goal of creating academies across all USL clubs” with a “clear youth-to-pro path in each of the communities USL clubs reside.”

But all leagues and competitions start with such politesse. In U.S. professional leagues, the knives are often out and sharpened. In youth soccer, the conflict is either more subtle or nonexistent. Everyone says “pathway this” and “development that” until we have a mosaic of leagues all claiming to do the same thing -- sometimes overlapping, sometimes at odds. The ECNL. U.S. Youth Soccer’s national and regional leagues. U.S. Club Soccer’s National Premier Leagues.

And on the highest tier, more or less, sits the Development Academy, where the bulk of the USA’s pro clubs have been focusing their youth efforts thus far. The USL press release says 32 USL clubs have DA programs, but upon further examination, that includes those that are themselves affiliated with MLS clubs. The DA is entrenched in boys’ soccer but on the girls side is having difficulty getting or keeping clubs away from the well-established and well-liked ECNL. 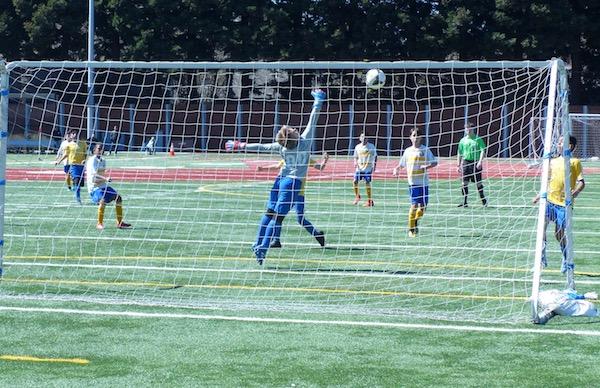 Despite rumblings that MLS clubs may break away from the Development Academy, MLS isn’t involved with the new effort, confirmed MLS spokesman Paul-Michael Ochoa: “It will be business as usual for MLS academies in the DA.”

Nor are USL clubs necessarily withdrawing from the DA.

“We have selected weekends for the USL Academy Cup that the DA identifies as ones where clubs are able to compete in outside competitions,” says USL spokesperson Ryan Madden. “As such, teams will still be able to maintain participation in the USSDA.”

San Antonio FC managing director Tim Holt, himself a former USL president, sees value in both competitions: “We are excited that the USL has launched an Academy Cup, which is likely to serve as a catalyst for an increasing number of its clubs to progress their youth player development initiatives. San Antonio FC values its ongoing membership in the U.S. Soccer Development Academy as its primary platform, and is expanding into the U17 boys division starting in 2019-2020. It is our desire to support both programs moving forward.”

But what’s different about this new competition? Why is it necessary in a country that already has so many leagues for pro academies and traditional youth soccer juggernauts?

“It’s a good question, but the truth is we don’t view this comparatively,” Madden says. “Rather, our focus is on better developing clearly defined youth-to-pro pathways in each market where a USL professional club exists. We want to create high-level developmental environments that are centered around producing professional players, while also providing education for those involved so that they’re prepared for the demands and commitment levels required to reach the professional ranks. This new initiative will help us achieve those goals. We’re very excited.”

So we have the potential here for USL clubs, DA or not, to rev up their youth programs. The Charleston Battery, one of the oldest USL clubs, did so last summer, and the League Two San Diego Zest immediately announced that its clinics for young players were being held with an eye toward developing players for “this new and exciting USL plan.”

And it all seems to be in harmony with existing programs. But a few words in that USL press release stand out: “will set the stage for the organization’s first ever Academy League.” Madden says details are still being worked out, but the USL hopes to have it in place by the 2021 season.

How can you have a full-fledged league that would not conflict with existing leagues?

The difference between “Cup” and “League,” of course, can be murky. U.S. Youth Soccer’s National League is contested as a few weekend showcases at various soccerplexes, not as a typical league with teams criss-crossing the country. For example, Seattle United 02 Copa played teams from Georgia and Oklahoma on one weekend in North Carolina, then three games against Midwest and California teams on another weekend in Las Vegas.

So the new USL Academy Cup has a wide range of possibilities.

At best, it will be an intriguing side competition in which smaller USL clubs that aren’t in the DA can see how they stack up against the clubs doing the USL/DA double. It will encourage clubs to develop a traditional club model with a senior team and youth teams, a far cry from the days in which U.S. pro teams put down no grass roots and flew away with the slightest breeze.

At worst, it will be another national league that makes players travel 1,000 miles for games that are less competitive than games they could’ve played 10 miles down the road, and it will stir up nasty conflict between established youth clubs and the local upstart League Two operation.

Only time will tell.

usl, youth
5 comments about "Does the USA need yet another youth league? The USL says yes".
Read more comments >
Next story loading