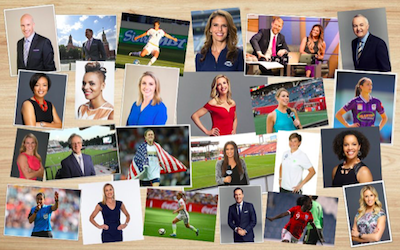 Fox Sports named four broadcast crews who will work at the 2019 Women's World Cup along with the main crew of JP Dellacamera and Aly Wagner.

The other broadcast teams:

The studio hosts will be Rob Stone (day-time coverage from the Place du Trocadero in Paris) and Kate Abdo (evening show).