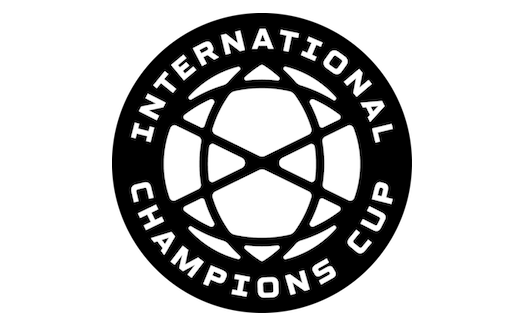 A match between Real Madrid and Atletico Madrid at MetLife Stadium in New Jersey -- the first meeting of La Liga rivals outside Spain -- headlines the 2019 International Champions Cup.

The 12 participants will play three games each for a total of 18 games -- down from 18 teams and 27 games in 2018. Eleven of the games will be played at U.S. venues while four will be played in Asia and three in Europe.

Besides Real Madrid and Atletico Madrid, the European teams headed to the United States are Arsenal, Bayern Munich, Benfica, AC Milan and Roma. Mexico's Guadalajara rounds out the eight teams playing games in the United States.

Some teams will play friendly games in the United States outside the ICC schedule. Atletico Madrid and AC Milan will play one of their three games in Europe.

The New York Times reported that Juventus, one of four teams headed to Singapore and China for ICC games, will avoid the United States because of an on-going rape investigation in Las Vegas involving star Cristiano Ronaldo.

Past participants like Barcelona, Manchester City, Chelsea and Liverpool won't take part in the 2019 ICC. Chelsea, which signed Christian Pulisic for the 2019-2020 season, will play in Japan. (The Blues' jersey sponsor is the Yokohama Rubber Company.)

France's Ligue de Football Professionnel is hoping to organize a tournament for French clubs qualified for 2019-20 UEFA competitions in mid-July in the United States.

ESPN recently extended its deal with Relevent Sports Group, the ICC's organizer, until 2021 to air ICC games. The deal gives ESPN exclusive English and Spanish-language rights to a total of 25 matches, including those in the ICC as well as the Women's International Champions Cup, which debuted in 2018, and the International Champions Cup Futures tournament, which features young players.