Report: Oldest soccer-specific stadium will be sold to developer 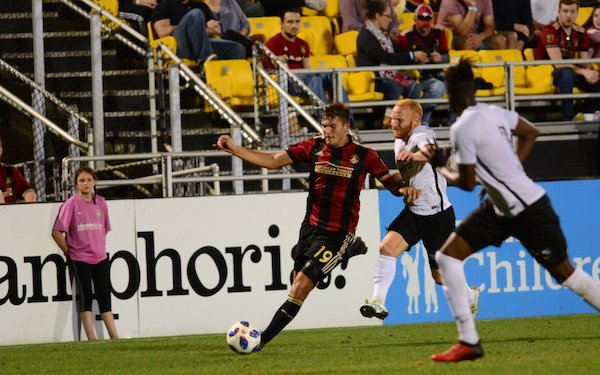 A month before the Columbus Crew opened its MLS stadium in 1999, the first modern soccer-specific stadium was opened by the Charleston Battery.

But the Battery will likely be playing its last season on Daniel Island as what is now known as MUSC Health Stadium will likely be sold to a real estate developer.

The Post & Courier reported that the sale of the 5,100-seat stadium and surrounding land, which includes a practice field and offices, to an affiliate of Atlanta-based Holder Properties will force the Battery to seek another home in 2020.

“If there were an opportunity to move the team to downtown Charleston where the club started, the Charleston Battery would be extremely excited about the opportunity,” Eric Bowman, whose B Sports Entertainment bought the Battery from Tony Bakker, the team's original owner, in 2016, told the  Post & Courier on Wednesday. “The possibilities to benefit the local community and the energy it would bring to the nation’s longest running professional soccer team are invigorating.”

In the interim, the Battery might play at The Citadel's Johnson Hagood Stadium, which currently holds 11,500 seats for football.