Late arrivals: Five MLS signings who should have big impacts 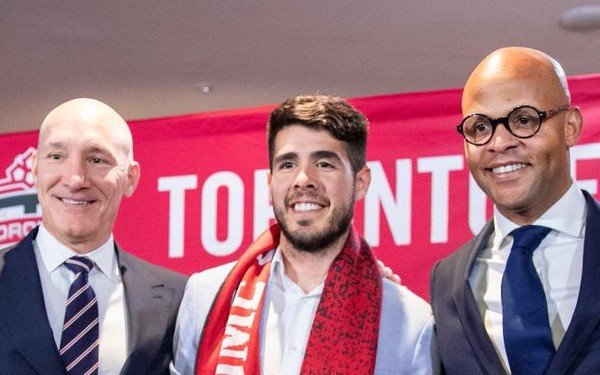 MLS kicked off the 2019 season on March 2 but teams have until May 7 to make player moves during the primary transfer window.

Many clubs wrapped up their offseason dealings early in preseason, but some players are still staggering in. Here are five players whom their respective clubs are expecting big things from or have already shown they can transform their new teams.

Alejandro Pozuelo, Toronto FC. Pozuelo becomes TFC's third Designated Player, slotting in for Sebastian Giovinco, but the Reds are counting on him to replace another Spaniard in the lineup, Victor Vazquez, who like Giovinco moved to the Middle East in the offseason. “Alejandro is an attacking player first and foremost," said TFC coach Greg Vanney, "and we want to use him in that role. He’ll play close to Jozy [Altidore] and help us a lot in terms of our ability setting up our attacks in the final action." Pozuelo's move from Belgian club Genk was delayed until the March FIFA break because it has been leading the Pro League and was also playing in the Europa League. He should be available on Friday night when TFC hosts NYCFC.

Nicolas Gaitan, Chicago Fire. For more than a year, the Fire has been looking to sign a playmaker, and it finally found it in Gaitan, an Argentine international who practiced with the Fire for the first time on Thursday. He was acquired as a free agent from Dalian Yifang in China but hasn't played since the end of the 2018 Chinese season so how much time if at all he'll get on Saturday against the New York Red Bulls remains to be seen. How important is Gaitan to the Fire's plans?  ‘‘Although all the roles within a team are important," Fire president and general manager Nelson Rodriguez said, "some are more key. We believe that the style of football we wish to share, one that is a winning style and one that will be enjoyed by our fans, our team needs that dynamic, creative, offensive midfielder.’’

Heber, New York City FC. Heber won't make anyone forget Spanish great David Villa, the heart and soul of NYCFC in its first four seasons, but the Brazilian has been a productive goal-scorer in Armenia and Croatia with HNK Rijeka. Romanian  Alexandru Mitrita, signed in a $8.5 million transfer deal from Universitatea Craiova, and Heber will give a different look to the NYCFC attack, but they should combine to give NYCFC at least as much production as it got from Villa last season (14 goals, 5 assists). The only hang-up: Heber is still in Brazil trying to get his work visa processed and won't be available on Friday at TFC. 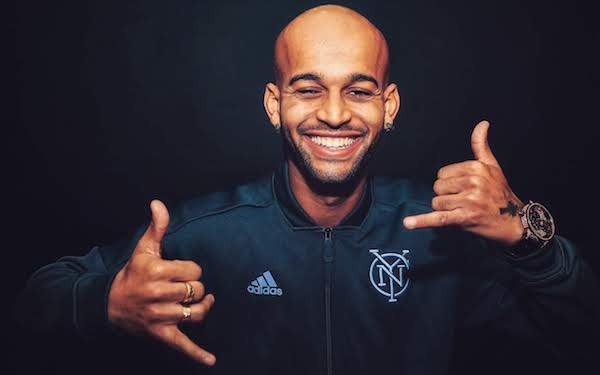 Kenny Saief, FC Cincinnati. His playing time dwindling at Anderlecht after a transfer from Gent, the Israeli-American is off to a great start in MLS: one goal and two assists in his first two games for FC Cincinnati, the 1-1 tie at defending champion Atlanta United (when he came off the bench and set up Roland Lamah's equalizer) and 2-0 win at New England (when he assisted on Kekuta Manneh's opening goal and scored the insurance goal himself). “You can see his moments of class, said FC Cincinnati coach Alan Koch. "He’s very, very comfortable on the ball. Already for us, he’s had some quality moments.” Cincinnati fans have yet to see Saief in action, but that should change Saturday night when Philadelphia comes to Nippert Stadium. 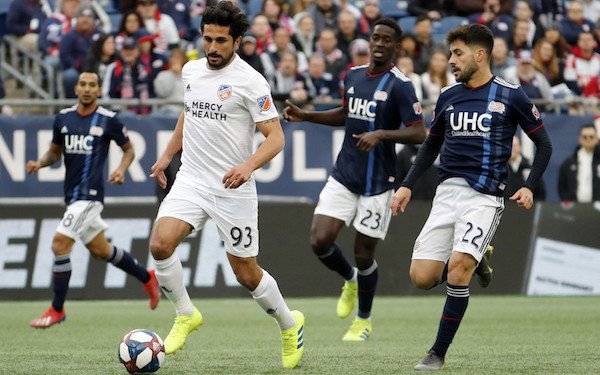 Joe Corona, LA Galaxy. Just what the 28-year-old Corona can add to the Galaxy was evident in his second start as he combined with Jonathan dos Santos and Sebastian Lletget to dominate midfield in the 3-2 win over Minnesota United like the Galaxy has not done in a long time. In that regard, his impact could be far greater than what it was in the last year in Mexico as a role player, albeit on a big-time team. He won the 2018 Torneo Apertura with Club America in December six years after he won his first Mexican league title with Tijuana.