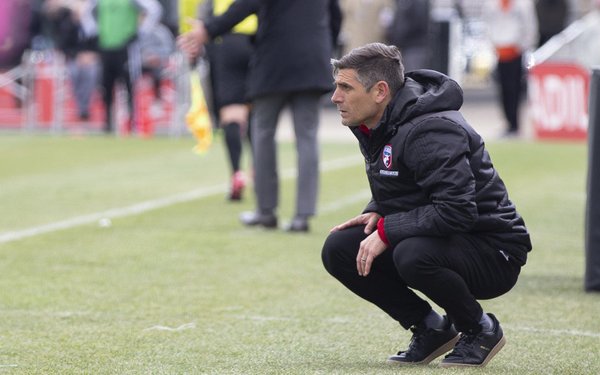 A couple of big-name coaches, Frank de Boer and Matias Almeyda, are still searching for their first MLS win with Atlanta United and San Jose, respectively.

Marc Dos Santos arrived in Vancouver with the reputation as one of the top young coaches in North America, but the Whitecaps' 0-0 tie with Seattle on Saturday was their first point in four games.

On the other hand, Luchi Gonzalez, the only one of the six first-year MLS coaches without previous head coaching experience at the pro level, is off to a 3-1-1 start with FC Dallas.

And Gonzalez is winning with the players whom he had in the FC Dallas academy.

For the first time ever, FC Dallas has started five academy products in back-to-back games -- and won both of them. It beat Colorado, 2-1, last week, and it crushed Real Salt Lake, 4-2, Saturday night on the road.

Once again, U.S. U-20 star Paxton Pomykal led the FC Dallas, scoring his first two MLS goals in the win at RSL. Jesus Ferreira, the 18-year-old son of former FC Dallas star David Ferreira who is still awaiting his U.S. citizenship, assisted on Pomykal's second goal and scored the fourth goal himself.

FC Dallas also started Jesse Gonzalez, back from U.S. national team, where he served as the No. 3 keeper, Reggie Cannon, who debuted for the USA in 2018, his first season as a starter, and another 18-year-old Edwin Cerillo, who was making his second straight start in midfield after being signed out of the FC Dallas academy in February.

Luchi Gonzalez acknowledged that his team shouldn't put too much into its first road win of the season.

"We want to compete and play with our idea, our style, and try to win," he said. "I thought we showed a lot of flashes of that today. We’ve got to continue to get better, though, if you want to do this consistently.”

Pomykal was the best FC Dallas player in previous games though he didn't score.

“He's a mature young player that’s no acting like he’s made it in any way," said Gonzalez. "He’s just trying to work hard and help the team and fill his role, and he’s doing it in a way that led to goals. In other games, it led to transitional plays or a key pass. That’s the type of person he is and player he is and we’re lucky to have him.”

Gonzalez likes that Ferreira is playing to his strengths, which he ticked off: “Intelligence, timing and technique. Just doing what he’s good at and knowing that his game is one that relies on smart movement and timing as opposed to physicality and athleticism. He’s showing that he’s a footballer. He had some smart movements at the 9 or false 9 position and put himself around the goal. He just continues to contribute and help the team.”