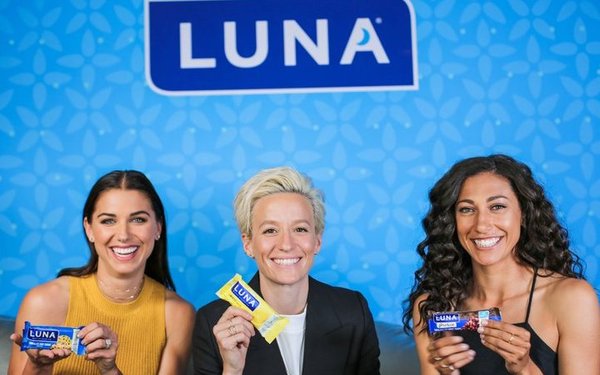 Clif Bar, the maker of Luna Bar, the nutrition bar aimed at women, announced an agreement with the U.S. women's national team to give each of the 23 players named to the 2019 U.S. Women's World Cup team $31,250 -- the difference between the women’s and men’s World Cup roster bonus.

The announcement by the California-based company came on Tuesday, Equal Pay Day.

“It’s ironic that one of the most popular sports in the world is still experiencing pay inequalities between women and men,” said Clif Bar owner and co-CEO Kit Crawford. “We are big fans of the U.S. women’s national team and were inspired to take action and make a difference that matters.”

Gender discrimination is the subject of a lawsuit by 28 members of the women's national team. The agreement was made with the U.S. Women’s National Team Player’s Association, which is not a party to the lawsuit.

“When Luna Bar approached us in January to support and recognize the USWNT players in this way, I was speechless,” said USWNTPA executive director Becca Roux. “Many brands raising awareness for equal pay use the USWNT’s fight as an example, but don’t go the extra step to offer a solution to the problem."

The arrangement is possible because the new collective bargaining agreement the USWNTPA reached with U.S. Soccer in 2017 allows the women to enter into their own sponsorship agreements in categories not taken by the federation.