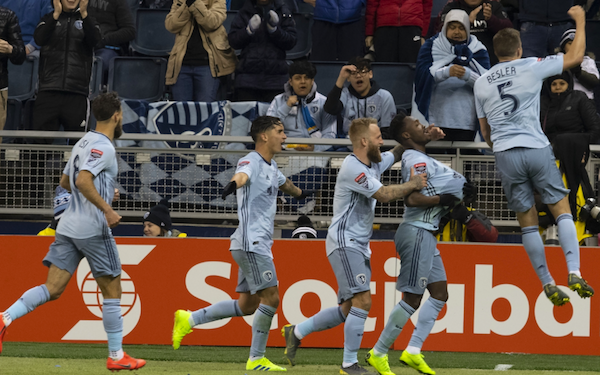 Sporting Kansas City has already won once this season in Mexico, but it will face a much tougher task Thursday when it plays at Monterrey in the first leg of the Concacaf Champions League semifinals.

Sporting KC beat Toluca, 2-0, in altitude to sweep Los Diablos Rojos in their first-round series. A 4-2 aggregate victory over Panama's CAI moved Sporting KC into the semifinals against Monterrey, a 3-1 winner over MLS champion Atlanta United in the quarterfinals.

Monterrey is one of the richest clubs in Liga MX and the only three-time winner of the Concacaf Champions League. Sporting KC manager Peter Vermes used MLS terminology to define how deep Monterrey is.

"They have 10 DPs in their starting XI," Vermes said on MLSSoccer.com's Extratime radio show in reference to MLS's classification of Designated Players (three per team). "They have three DPs on the bench, and they have another five TAM guys on their roster, as well. Then they probably have another three or four players who are somewhere between $200,000 and $400,000."

Vermes said Los Rayados are probably the strongest team Sporting KC has ever faced, but they have struggled in recent weeks, though, dropping to third in Liga MX after opening the Torneo Clausura with a 10-game unbeaten streak. They have gone winless in their last four games since beating Atlanta United, 3-0, in the first leg of their series.

Californian Jonathan Gonzalez's playing time in Liga MX has been cut in half this season as he lost his starting job to young Mexican star Carlos Rodriguez, but he has started all four CCL games for Monterrey.