“0-0,” says the parent coach, repeating what he learned in the instructions from this club.

Kids are going to keep score, no matter what you tell them. And coaches will keep a quiet tally anyway, mostly to keep an eye on whether teams are balanced.

So the question that needs to be asked is not, “When do you start compiling those scores?” It’s “When should those scores matter?”

At this point in the conversation, someone will invariably scoff that the question is a sign of American ignorance. “At East Wensleydale United FC, WE were battling for every point we could get at U-5!”

Not if you’re playing youth soccer -- OK, football -- in England today. England’s FA recommends “two weeks of trophy events, three times a season” for U-8s. That moves up to four weeks at U10, then six weeks at U-12. By U-14, full league standings may be kept.

(Also a side note and reminder: Poke around in those rules and regulations, and you’ll see that the cutoff for age groups is Aug. 31, even though U.S. policy-makers insisted we had to change to birth years because the rest of the world does it. See page 6 of the “Standard Code of Rules for Youth Football 2018-19.” That’s another conversation.)

And in case a club isn’t poking through all the rules and regulations, perhaps a headline like, “FA REITERATES GUIDANCE NOT TO PUBLISH YOUTH LEAGUE RESULTS” will get the administrators’ attention.

Across the Channel, Belgium no longer keeps standings below age 14.

U.S. Soccer's Development Academy doesn't keep score or post results at the U-12 level, and it doesn't publish standings until U-15s. 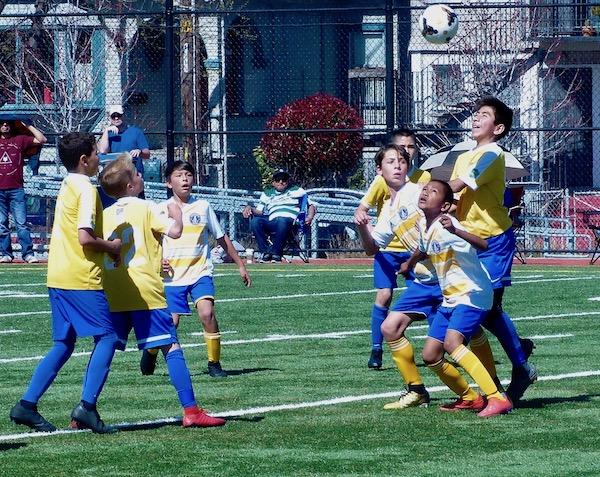 In my area, we split the difference. When we split into “rec” and “travel” at U-9, our rec league publishes standings, though a lot of parents never glance at them. (At least at the younger ages. Rec soccer has this odd tendency to turn into bloodsport around U-14, when a lot of the less serious families have moved on to other activities.) The travel leagues don’t publish standings until U11, and coaches discourage parents from doing the back-channel communication that would let them fill out a spreadsheet.

The goal is obvious -- coaches should be focusing on development, not winning, at these early ages. Theoretically, travel soccer is where kids develop, so it’s no surprise that travel leagues are less likely than rec leagues to keep track of results. A travel coach should feel free to mix things up and give a kid a shot at playing goalkeeper without worrying if she gives up a couple of goals right away.

Some parents might not see it that way. They’re the ones whispering on the sidelines: “Why does this coach leave Olivia in goal? Janey is a much better keeper. We should talk to the director of coaching. Does anyone know who that is?”

Yes, a lot of parents are ignorant. But even if you have parents who have fully grasped the concept of development, the competitive instinct is difficult to restrain.

So the English model of having a few “trophy events” each year provides a nice outlet. Maybe Olivia gets a full run at goalkeeper in a game with no trophy at stake, but then the coach gives the gloves to Janey when the games “matter” -- at least, as much as any game at U-9 matters.

To some extent, U.S. clubs do the same thing. The leagues might not keep score, but the tournaments do.

But leagues should do a better job of keeping track of scores, at least in house. If a U-9 or U-10 team is winning or losing all its games by double digits, maybe it’s time to revamp the schedule, even if you don’t have official promotion and relegation at this age. A 15-1 game isn’t good for anyone’s development, no matter how many “complete 30 passes before you shoot” rules a coach puts in.

It’s not really either/or. The winning vs. development debate isn’t just two sides. It’s a spectrum. The goal should be to develop players’ skills while also introducing them to meaningful competition.

Right now, a lot of U.S. youth groups are doing the right thing. Perhaps by accident. Maybe it’s time to embrace it, refine it and let coaches and parents understand what they’re doing.