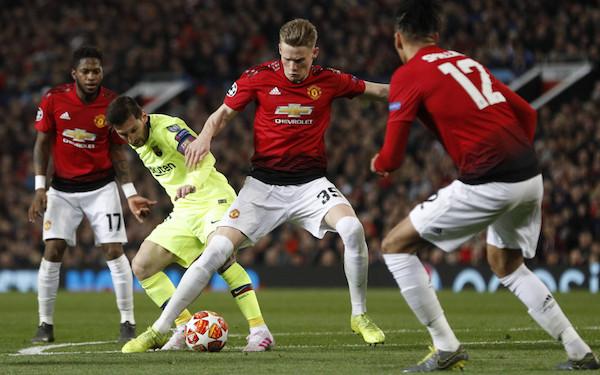 LaLiga president Javier Tebas and French federation president Noel Le Graet are the latest leaders from Europe's major soccer countries to come out in opposition to Champions League reforms UEFA and the European Club Association (ECA) are proposing -- they like to characterize what they are doing as "brainstorming" -- in an attempt to thwart a breakaway league of Europe's biggest clubs.

The two major aspects of the new Champions League UEFA and ECA would like to introduce in 2024 are centered around a change in composition of the groups from eight groups of four to four groups of eight.

The effect of this change would be to expand the number of group matches from six per team to 14 per team, forcing the finish of the group stage be pushed into January and the end of the knockout stage moved into June. It's also been proposed that Champions League matches be played on the weekend when leagues traditionally play.

The major change would be to move closer to a closed league by assuring the top five teams in each group and the winners of playoffs between the sixth- and seventh-place teams -- 24 out of 32 teams -- earn places in the next season's Champions League. Four of the remaining eight spots would go to the semifinalists in the Europa League -- it would also be reformed -- and the other four spots would go to teams by means yet to be finalized.

The number of spots guaranteed to teams in Europe's big four leagues -- England's Premier League, Germany's Bundesliga, Italy's Serie A and Spain's LaLiga -- grew from 11 to 16 in 2018. The proposed reforms would keep the top teams in Champions League regardless of their finish in their respective leagues, reducing the drama related to the outcome of domestic races.

That is a big problem in many of the leagues where the champion is almost always a foregone certainty -- Bayern Munich in Germany, Juventus in Italy and Paris St. Germain in France -- and much of the season-ending interest concerns the race for Europe -- the other spots in the next season's Champions League.

In England, the Premier League is dominated by the big six and this season offers an unusually exciting race for Europe among the four teams below Liverpool and Manchester City, which are pitted in a close title race. The opposition of EPL clubs is more widespread -- the EPL brings in the most television revenues of any league and its clubs fear the new Champions League will be an increasing competitor on the world market.

Tebas is concerned about the impact of the new Champions League on domestic soccer in Spain and countries around Europe, particularly in smaller nations. He says there's plenty of money to be made in soccer but it should be spread around.

"The project is detrimental to clubs and won't generate the income they imagine it will," he said. "It reduces the value of national championships and cups. They continue to fill their coffers and those of their players so that instead of having five luxury cars they can buy seven."

French soccer federation president Noel Le Graet told L'Equipe on Thursday that the new Champions League would be a bad thing for French soccer and have a snowball effect, hurting not just Ligue 1 but the French Cup, which he said is struggling as it is to remain financially viable.

France has two representatives on the UEFA executive committee -- French federation director general Florence Hardouin and PSG president Nasser al-Khelaifi. He said Hardouin would defend French soccer's interest and then added that al-Khelaifi has to vote for the interest of French soccer, not PSG's.