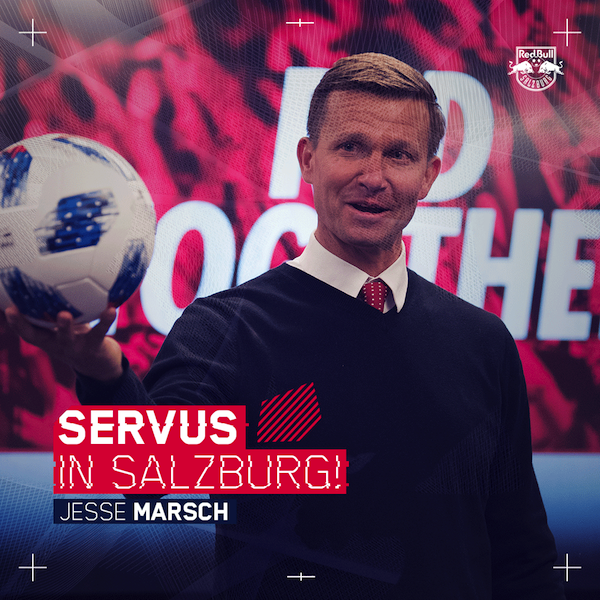 Less than a year after Jesse Marsch left his job as the head coach of the New York Red Bulls, he is on the move again in the Red Bull organization.

After spending the 2018-19 season as the assistant coach at RB Leipzig, Marsch will become the head coach of Red Bull Salzburg next season.

The move is not a surprise. While he was hired as an assistant coach, RB Leipzig had already made a decision on its succession in the head coaching position, naming Hoffenheim head coach Julian Nagelsmann as the coach for the 2019-20 season and sporting director Ralf Rangnick as interim coach for the 2018-19 season while Nagelsmann finished up his contract at Hoffenheim.

RB Leipzig is currently third in the Bundesliga and all but assured of playing in the Champions League next season. It hasn't lost in 11 league games since Tyler Adams, Marsch's protege, arrived from the New York Red Bulls and played his first game. (Adams is currently injured and missed the last two games.)

Marsch's hiring follows the decision of Salzburg head coach Marco Rose to take the head coaching job at Borussia Moenchengladbach for the 2019–20 season.

Red Bull Salzburg is considered a big-time European club, despite the Austrian Bundesliga's modest standing. Its record for producing top talent is one of the best in Europe, and the Bed Bull organization in general is considered one of the most aggressive recruiter of young French and African talent.

Salzburg is on course to win its sixth straight league title and eighth in the last decade. With one loss in 25 games, Salzburg leads the Austrian Bundesliga's championship round by 11 points.