LAFC is near-perfect, but young maestro says it was just O-Kaye 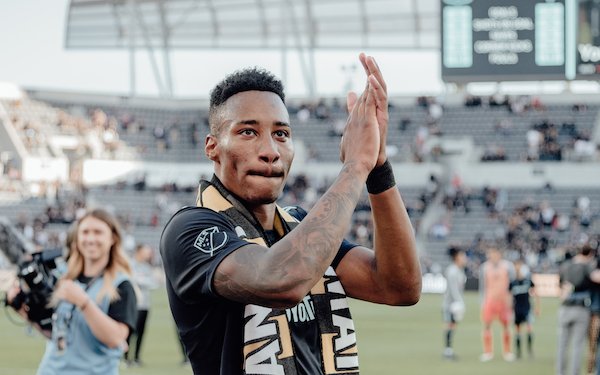 LAFC is the best team in MLS, and it showed why with a 4-1 victory over previously unbeaten Seattle on Sunday.

The performance was as close to perfect as its coach, Bob Bradley, will ever admit to.

“Look, without getting technical or anything else," he said, "when I said to the team that this is all the work that you do, and the video, and staying on top of things, and being difficult and everything, is just to have a chance to see a group of guys play 90 minutes that looks like that."

Carlos Vela scored two more goals to give him a league-high 10 goals in nine matches to start the 2019 season, and Eduard Atuesta and Christian Ramirez added goals.

But the star of the game was 24-year-old Canadian midfielder Mark-Anthony Kaye with three assists, tying Diego Rossi's LAFC record for most assists in a single match.

LAFC nailed its recruiting in Year 1 with Designated Player signings like Vela and Rossi and Atuesta's season-long loan from Independiente Medellin in his native Colombia that was converted into a permanent transfer in the offseason.

LAFC signed Kaye from USL champion Louisville City, where he had spent two seasons after bouncing around the Toronto FC system without ever playing for the first team. Kaye became an instant starter for LAFC but missed the last three months of the 2018 season when he fractured his foot in the second El Trafico game against the LA Galaxy in late July.

Kaye, who has already matched his 2018 production with two goals and five assists in eight games in 2019, cut out the entire Seattle midfield and backline with a left-footed pass that found Vela for the opening goal.

“I say a lot of times that I love to have Mark at my back," said Vela, "because he does everything. It’s not just about the passes. He’s always helping the attacking three. He’s always in the good flow to help in any part of the field. This guy is so important for us. Last year, he had the injury. We missed that guy, so I hope this year, he will continue in his health."

Kaye's third assist came after Ramirez played him a back-heel pass and he threaded the needle again to put Ramirez through behind the Sounders' defense.

“I think that Mark’s work is something that goes unnoticed at times," said Ramirez. "He covers so much ground and wins so many balls. He’s like our anchor in there. He’s got that bite to him. So, it’s something special to have him. We definitely missed that last year.” 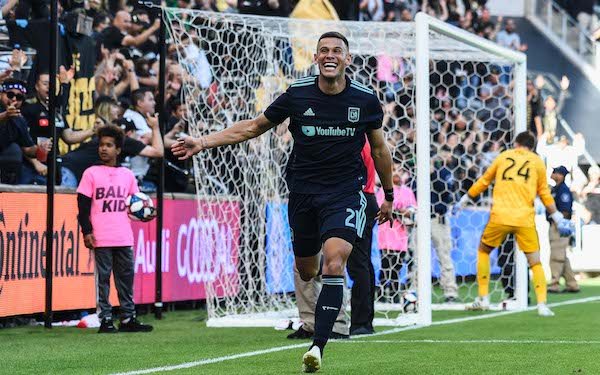 Kaye said Atuesta and he work a lot with the coaching staff to find the strikers when they open up their bodies to receive a pass in behind.

"It’s not that we specifically worked on that play," he said of the Ramirez goal, "but I know the movement that he likes to do and he knows where I’m going to be so it makes it easy and it looks like a play that we worked a lot on in training, so it looks nice."

Kaye said the long ball to Vela is something he is always looking for.

"When it comes off," he said, "everyone praises me and when it doesn’t people are saying stuff. Nothing has changed, it just happened to work this time and I’m always going to try to do the right thing and Carlos, at the end of the day, is a great player in good form and he’s able to finish things like that.”

Kaye downplayed the LAFC performance and his in particular, saying it wasn't his best.

"I think just because we got a decent amount of assists and goals and contribute to the stats," he said, "people might think that we had a really good game. But when you look closer at it, I still think that we could tighten up on certain things. Our passes weren’t the best, but we were in very good situations and positions to help break down their plays."