MLS's youngest Homegrown signing, the youngest player to sign a USL Championship pro contract, and five foreign-based players are part of the 19-player U.S. U-15 national team roster for the Torneo delle Nazioni in Gradisca, Italy (April 23 to May 5). The USA, which will be coached by PA Classics academy director Steve Klein, faces India (April 28), Slovenia (April 29) and Mexico (April 30) in the tournament’s group stage. 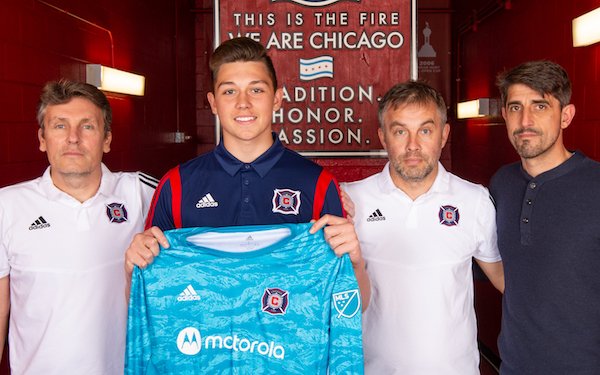 One of the team's goalkeepers is Gabriel Slonina (pictured above), who in March signed with the Chicago Fire to became the second youngest player to sign for MLS after Freddy Adu and the youngest Homegrown signing. He turns 15 on May 15.

Forward Austin Brummett, who turned 15 in February, last weekend became the youngest player ever to play in a USL Championship game when he came on in the 55th minute of the Tacoma Defiance's 4-0 loss at Phoenix. Brummett was born in Bow, New Hampshire, and played for Seacoast United before leaving home as an eighth grader to enter the Seattle Sounders' homestay program.