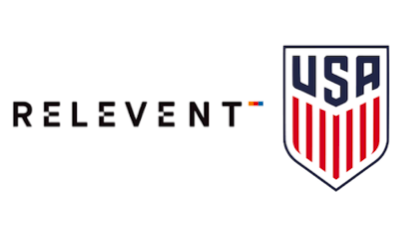 A day after Revelent Sports sued U.S. Soccer and its secretary general, Dan Flynn, over the federation's refusal to sanction an Ecuadoran LigaPro match between a pair of Guayaquil rivals, Barcelona and Guayaquil City, scheduled for May 5 at Miami's Hard Rock Stadium, it amended its lawsuit after U.S. Soccer formally rejected the application on the basis that playing an official league match outside the territory of the respective federation went against FIFA's sporting principles.

"Following a request for guidance from the Spanish FA, US Soccer and CONCACAF, the FIFA Council discussed La Liga’s proposal to host an official 2018/19 regular season league match outside Spain (in Miami). Consistent with the opinion expressed by the Football Stakeholders Committee, the Council emphasised the sporting principle that official league matches must be played within the territory of the respective member association."

As LaLiga's U.S. partner, Relevent Sports also sought to organize an official match between Barcelona and Girona in January in Miami, but that match met with opposition from the Spanish federation and Spanish players' union.

After Relevent's suit was filed before the New York Supreme Court, arguing that U.S. Soccer was dragging its feet on the sanctioning decision, U.S. Soccer rejected the application outright. Among other grounds were that the Ecuadoran federation and Conmebol had not responded to its request for confirmation that they were aware that Barcelona and Guayaquil City wanted to indeed play an official league match in Miami.

Relevent's response was to amend its complaint and argue that an "opinion" of FIFA's Football Stakeholders Committee did not carry any weight. It has not argued that U.S. Soccer has no right to require an international match be sanctioned, just that it had no grounds to reject its Ecuador application.

If FIFA's position on official league matches being played within the respective federation's territory carries any weight, it would likely be decisive in U.S. Soccer's favor. Moreover, the matter will likely have to be adjudicated through FIFA's judicial bodies.

Relevent's statement to ESPN FC suggested it recognized where the case was headed:

"We have asked the court to ensure US Soccer is following their own process for approving international regular season matches, so that American audiences can see in-person, top soccer stars and clubs from across the globe. Countries all over the world have welcomed our leagues, teams and star athletes for decades, generating a shared passion for sports that transcend borders. We ask US Soccer to join us in seeking clarification from FIFA on this issue, which will ultimately be beneficial for the parties involved as we all work to grow and promote the sport we love."