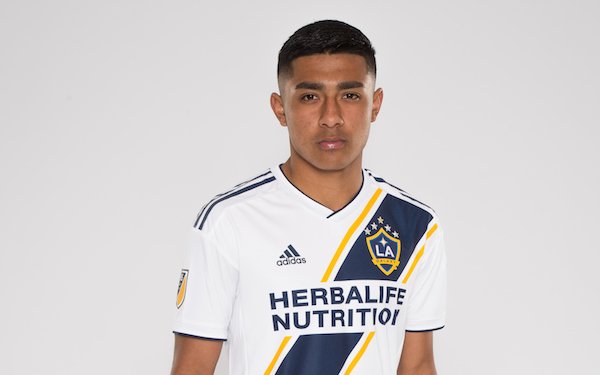 In a 0-0 tie at Minnesota United that snapped its five-game winning streak, the LA Galaxy had one bright spot.

Julian Araujo, 17, was a force at right back, contributing with his defending but more impressively seeing plenty of the ball.

Araujo was starting his second straight game in place of the injured Rolf Feltscher but looked so comfortable that he might stay in the lineup when the Venezuelan international returned.

Unfortunately, Araujo had to be helped off the field in the 79th minute after injuring his right ankle and he was walking on crutches after the game. The injury looked serious, but Galaxy coach Guillermo Barros Schelotto was hopeful that Araujo will be available for Sunday's game at home against Real Salt Lake.

“I think he had a really good game," Barros Schelotto said. "The defense had a good game. They put a lot of time, the ball in our box but we’re always in really good positions. But I thought that he got something with the ankle, but I think he’ll be ready for this Sunday.”

The injury is not only a scare for the Galaxy but for the U.S. under-20 national team.

He played with the U.S. U-23s, not U-20s, during their March camps in Spain, but is expected to be under strong consideration for the U.S. U-20 team headed to Poland in May as a backup to Ajax's Sergino Dest at right back or one of the two center backs, Chris Richards and Mark McKenzie.

mls
1 comment about "Injury scare: Galaxy's Barros Schelotto believes Julian Araujo will be ready for next game".
Next story loading