Lorne Donaldson on how the ECNL vs. Development Academy turf war has created a 'toxic environment'

Lorne Donaldson is the Executive Director of Coaching of Real Colorado, one of the few clubs that compete in both the girls ECNL and the girls U.S. Soccer Development Academy. Real Colorado's rate of sending players into the U.S. national team program ranks it among the top clubs in the nation. Donaldson also serves as assistant coach to Hue Menzies of the Jamaican women's national team, which will be making its first Women's World Cup appearance this summer. 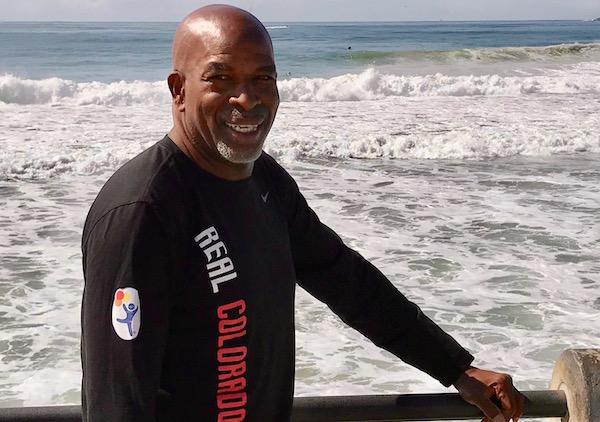 SOCCER AMERICA: Your club, Real Colorado, is one of a handful that fields teams in both the ECNL, launched in 2009, and the Girls U.S. Soccer Development Academy, which started in 2017 and is now in its second season. How do you manage both?

LORNE DONALDSON: I think we have a good staff and our management is good. We really have no problem. We have the fields to do it. And we have the players because the kids want to play for us because it’s a good environment.

We have a good pool of players, and it’s going to get better if they allow us to stay in both leagues. But who knows what’s going to happen now? I think there are going to be some decisions coming up.

SA: You may not continue fielding teams in both the Girls DA and the ECNL?

LORNE DONALDSON: The ECNL wanted us to get out of [the Development Academy]. There are some clubs already out of the ECNL. They have been kicked out.

LORNE DONALDSON: I don’t know yet for sure if we’re going to be in both. Three or four days ago, I told them if we come to the ECNL, we want two teams [in each age group]. They have to go and discuss it.

SA: Because if you leave the Girls DA, about half the Real Colorado players who now play in the Girls DA and ECNL will no longer be playing in one of the nation’s elite girls leagues?

LORNE DONALDSON: Yes. If we're only going to play ECNL, we can’t just take one team. It doesn’t make any sense. We would like to see both teams in if we’re going to do it. We have the environment to do it. But that’s a discussion with the ECNL.

SA: And if it comes down to making a choice between the two?

LORNE DONALDSON: Then most likely we would stay in the DA. We will lose our ECNL group.

SA: As it is now, for the last two seasons, how is it decided which Real Colorado girls play in the DA and which play in the ECNL?

And there are DA players who still want to play high school. They still talk about it and they want to play.

SA: So an advantage of being a club with both DA and ECNL teams is that players have a choice, and the ones who want to play high school still have access to high-level club competition …

LORNE DONALDSON: Yeah. It’s actually created an environment for us where you can service people better. But again, how long is it going to last?

SA: Instead it's been a turf war?

LORNE DONALDSON: I think what has been created with the ECNL and the DA is a toxic environment for these kids. It’s actually no fun right now. The game is no fun.

We haven’t changed anything at our club that we were doing five or six years ago. We’re still doing it the same way, but there seems to be a lot conflict between the leagues. It’s on the top. And they can’t work it out.

It’s created a very poor environment if you look across the spectrum, across the board. A lot of fussing. People are mad at each other.

SA: Some of the top girls clubs in the nation are split between the two leagues, so they don’t play each other anymore …

LORNE DONALDSON: Our top teams used to go play teams like the Slammers, PDA, Michigan Hawks, Stars of Massachusetts and Eclipse [which play in the ECNL]. Those were great games. Those are the games people want to see. When you throw the best games out, it’s no longer any fun. There has to be a way for the top clubs to play each other.

SA: That reminds me of a complaint I heard from a DA coach who told me he can’t play his very strong neighbor club because it’s ECNL, and instead travels hours to play a weaker club. It doesn’t seem too complicated to allow those teams to play each other. Why doesn’t that happen?

LORNE DONALDSON: Ego. And everyone wants to be the top dog. And both groups think their league is better. And they don’t realize that they’re killing the game and driving kids away. There are kids who are turned off from the game because of this stuff. We have to get back to where kids will enjoy the game.

And one league has a lot of restrictions.

LORNE DONALDSON: The DA. You’re not supposed to manage the club the way you used manage it even though you’re smarter than the people who are making the rules.

We have a lot of kids who, when they go play high school, they come back better and more confident because they’ve played against bigger, faster players. They get more playing time.

Leave it up to the clubs to figure it out. Our top-level players, if they don’t choose to play high school, they train with the boys. The environment is already there for the elite players. The top players, going back to Mia Hamm, they could play high school.