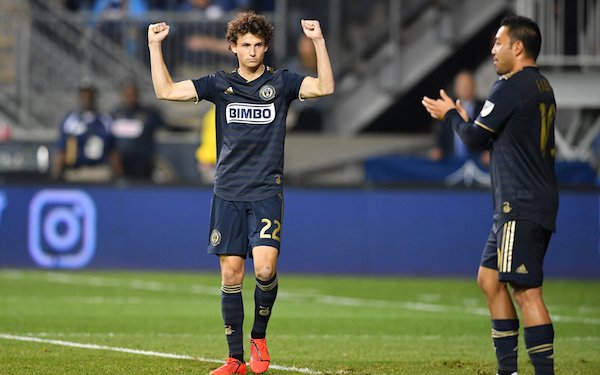 As the MLS season turns from April into May, teams are beginning to have to deal with the triple whammy: injuries, suspensions and a heavy load of games.

Those issues will seriously test the depth of any team, and they will be compounded by international call-ups in June and July.

One team that has shown it has depth is the Philadelphia Union, which is 4-1-1 in its last six games and will move into first place in the Eastern Conference with a win over expansion FC Cincinnati on Wednesday night.

One of the Union's most impressive wins was a 3-0 win over Montreal on April 20 in which three different players made their season debut.

Auston Trusty was out with a red card. His replacement was supposed to be Mark McKenzie, but he underwent emergency surgery for appendicitis, so Aurelien Collin got the start at centerback.

Goalkeeper Andre Blake suffered a groin injury in the first half against the Impact, so 20-year-old goalkeeper Matt Freese, signed out of Harvard after his sophomore year, had to step in goal against the Impact and start last Saturday when the Impact tied Vancouver, 1-1, on the road.

Before the game against the Whitecaps, Union head coach Jim Curtin said three or four years ago he'd get calls from the media to rotate his squad but often did so at the team's peril.

Curtin's confidence in the Union's depth was proven out at Vancouver, where Polish forward Kacper Przybylko got his first start in two MLS seasons and scored the Union goal.

"I thought he did a lot of good work for us defensively," Curtin added. "Did a good job finishing off his chance and when you talk about being clinical, the top strikers in world they don’t need seven or eight chances, they get one look and they seize it and I think Kacper did that against Vancouver."

German left back Kai Wagner was suspended against the Whitecaps for his red card in the Montreal game, so Curtin moved Raymon Gaddis from right back to left back and gave 21-year-old Cameroonian Olivier Mbaizo his first MLS start of the season and just second in his two seasons with the first team. With Wagner again suspended against FC Cincinnati -- the decision only came down on Tuesday -- Mbaizo should get another start.

"You can see his energy when he runs forward," Curtin said. "He’s powerful and explosive and overall had a good performance and you can start to see is potential and aggressiveness going forward."

Midfielder Jamiro Monteiro (photo below) from French second division club Metz and Wagner, who was playing in the German third division, have been nice pickups from lower division clubs in Europe, adding to the Union's depth. 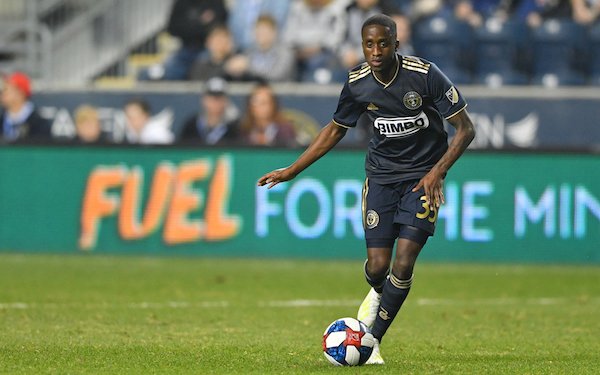 But the Union's go-to sources are its academy program and USL second team, Bethlehem Steel, both programs Earnie Stewart worked on before he left to become the U.S. men's national team general manager and Ernst Tanner, Stewart's replacement as sporting director, has build upon.

Brenden Aaronson (top photo), who has won a starting spot in midfield at the age of 18, McKenzie, Freese and Trusty are all Homegrown Player signings. Mbaizo was groomed at Bethlehem Steel, and Przybylko earned his shot against Vancouver based on his strong play with the USL team.

Curtin likes the position the Union has put itself in as it heads into May when five of its six MLS games are at home.

"We have worked very hard as a team, as a staff," Curtin said on Tuesday. "We’ve shown our depth and we’ve worked hard to set ourselves up now where five out of our next six are in Talen Energy Stadium. It starts tomorrow night with a team that we will not take lightly."

mls, philadelphia union, usl, youth
1 comment about "How Philadelphia Union put itself in very good spot heading into busy May".
Next story loading