Frenchman Cedric Cattenoy on producing pros for the Chicago Fire, and the strengths and challenges of American youth soccer

Cedric Cattenoy became the Chicago Fire's Academy Technical Director in October 2016 after 15 years of work in Paris Saint-Germain's academy, which graduated more than 80 players to the pros during that time. Earlier this year, teenagers Andre Reynolds II and Gabriel Slonina became the Fire’s 12th and 13th Homegrown Player signings. 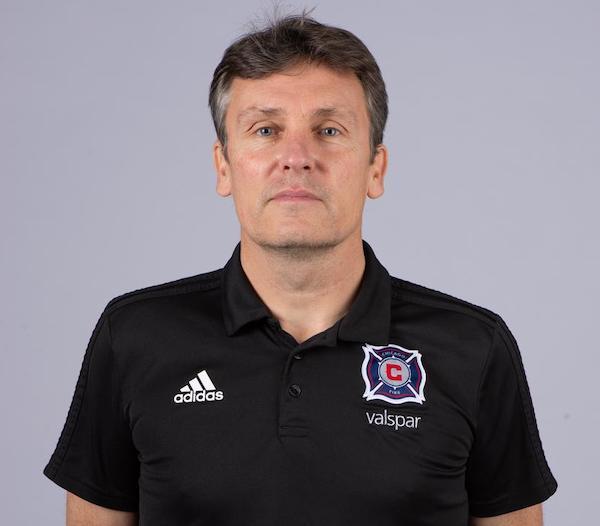 SOCCER AMERICA: When you arrived in the USA, was there anything that impressed you more than expected about American youth talent -- or any challenges you found bigger than expected?

CEDRIC CATTENOY: I was really impressed by the mentality of the players. They want to work hard to develop and to be better. In terms of challenges, I think the biggest one is the number of days that we are able to train. For example, in France, the standard for the number of training sessions is around six times per week. Here in the U.S. and in our academy, we train four or five times and it’s not enough. That something we have to fix.

SA: Now that you've been here for more than two years, what's your impression of the quality of coaching that young Americans get from American coaches? Anything you think that can be improved generally in how young Americans are coached?

CEDRIC CATTENOY: Speaking about our club, I recruited the staff for our Academy and I’m very happy because I found individuals who are good people and coaches with skills. They want to learn every day to be better with the players. Now, looking at the bigger picture, I think in the U.S. you have good coaches at the youth level, but I think that the better coaches should be working with the younger age groups. For example, from 8 to 12 is the golden age to develop players.

However, for the post-formation, it’s difficult in the U.S. because right now education and college are very important. You can lose a good player for four years without any control of his development. I think that’s a big difference between here and in France. In France, you maintain control of the player’s development from the beginning to the end.

SA: When we hear about players who are "produced" by a pro club's youth academy -- such as Moussa Dembele and Kingsley Coman coming out of the Paris Saint-Germain Academy when you were there -- how much credit goes to the academy vs. the talent they arrived with?

CEDRIC CATTENOY: Those two players had a lot of talent. When Kingsley Coman was 14 years old, his main quality was already his ability to beat every defender in the 1v1, combining technique and speed. For Moussa Dembele, his main quality was his finishing in front of the goal. He was able to score using his right foot, left foot and head. That was very impressive. To give you an example, when he was playing with the U-14s and U-15s, he scored around 40 goals per year. He had this natural ability to score goals. At PSG, we helped to develop both players, of course, but they joined us with a lot of talent.

SA: Do you make the ultimate decision on whether the Chicago Fire signs a player to a Homegrown contract, and how difficult is it to predict whether signing a pro contract at a young age is in the best interests of the club and the player? (For example, the Chicago Fire signed the 14-year-old Gabriel Slonina, the second youngest signing in league history, in March.)

CEDRIC CATTENOY: In our club we have a process in place. When we decide to offer a contract to a player, it’s the result of a collective agreement between the Academy staff, myself, the first team head coach Veljko Paunovic and our President Nelson Rodriguez. That was the case with Andre Reynolds II [signed at age 17 in January] and Gabriel Slonina. Concerning Gabriel, we wanted to show him that we believe in him and his potential. We have created a sporting plan for the next four years, so the path is clear for his development.

SA: What's your view on MLS clubs beginning to assert claims for Training Compensation and Solidarity Payments? Do you see this as an important move for the Chicago Academy program that you run?

CEDRIC CATTENOY: Yes, I think it’s a huge step for the league because all of the MLS clubs currently do a good job of trying to develop their players and you need to have training compensation to protect the clubs. In Chicago, we are glad to have this new rule because it’s like that everywhere else in the world. For example, in France you have training compensation between professional clubs and amateur clubs, as well. 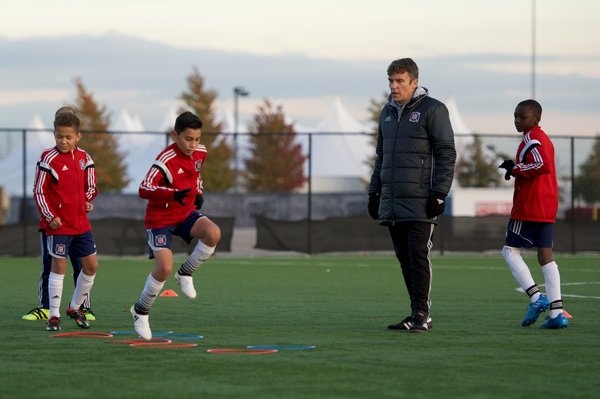 SA: It's expensive to run a professional youth program, there's no guarantee that it pays off, and that money could go to acquiring pro-ready players. In other words, you can win championships without investing in a youth program, so why make the effort?

CEDRIC CATTENOY: When you are able to produce one or two players per year, you are going to develop the soul of the club. The players who are developed in the academy will have the spirit and the mentality of the club. For example, in our club we have some values and the players in our program should obtain and learn these values. It’s a long process. You have to spend money at the beginning, but the results will come later on.

SA: What do you feel about what you've accomplished so far since arriving at the Chicago Fire?

CEDRIC CATTENOY: I think we have done a good job with the staff. We signed two homegrown players and we have had 12 players called up to their national team. We have defined our game model and created our player development plan. We have a very good program to develop the players both on and off the field. It’s a holistic approach led by Brian Roberts, who spearheads our P.A.S.S. (Performance, Advisory and Support Services) program. You don’t have this approach in many places in the world. I’ve visited many academies in Europe, and the holistic approach that we have in our club is great.

SA: How will you judge whether the Chicago Fire's youth academy is a success five years from now?

SA: What's your advice for coaches of players at the youngest ages?

CEDRIC CATTENOY: My advice for the coaches would be to focus more on the development of players than winning. I think you must think about player development before winning. I also think that the coaches should bring joy to the game when they teach the players. If the players have fun, they will develop quicker.

chicago fire, youth
8 comments about "Frenchman Cedric Cattenoy on producing pros for the Chicago Fire, and the strengths and challenges of American youth soccer".
Read more comments >
Next story loading