The USA clinched a spot in the knockout round of the Concacaf U-17 Championship that serves as U-17 World Cup qualifying with a 6-1 win over Barbados on Saturday after opening with a 3-2 win over Canada on Thursday. U.S. coach Raphael Wicky made seven changes to the starting lineup that beat Canada in the USA's tournament opener. Starting in both games were Gianluca Busio, defenders Joe Scally and Kobe Hernandez and midfielder Danny Leyva.

• NEXT UP: The USA plays its final Group F game, against Guatemala, on Monday at 6 pm ET (Concacaf Facebook & Univision Deportes Network). The Group F will face Guadeloupe, which advanced via the qualifying round, in the round of 16. The quarterfinal winners advance to the 2019 U-17 World Cup in Brazil. 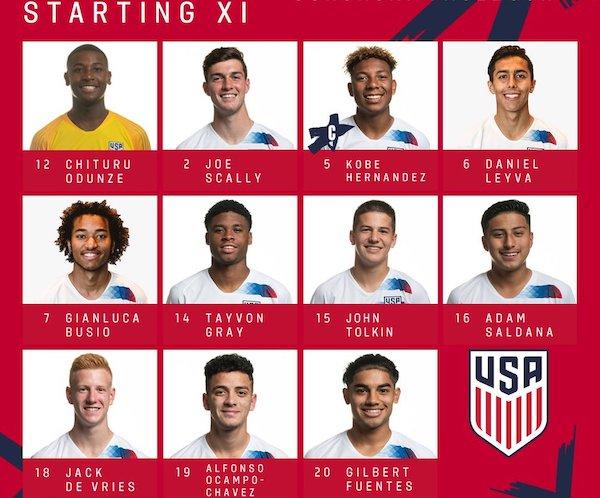