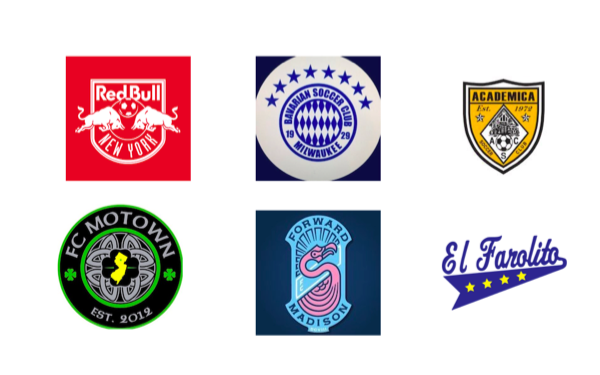 The 2019 Lamar Hunt U.S. Open Cup begins with 10 first-round games on Tuesday and nine on Wednesday.

Bragging rights in New Jersey, Wisconsin and Northern California will be up for grabs on Tuesday.

May 7 in Montclair, New Jersey
New York Red Bulls U23 vs. FC Motown. FC Motown won last year's first-round meeting in the Open Cup, 2-1, thanks to a pair of goals by Dilly Duka. He won't be available, having joined FK Partizani in the Albanian Superliga this winter, but defender Julius James, another MLS veteran, is still with the team. FC Motown also returns 2018 NPSL MVP Matt Nigro, who has been playing for Cedar Stars Academy in the Cosmopolitan Soccer League, and added another MLS veteran in R.J. Allen.

Second-year FC Motown coach Nacir Hot knows all about the Red Bulls. He was a Homegrown Player signing and still works for them as a scout. The nucleus of the amateur Red Bulls, who play in USL League Two, are collegians returning for the summer, but they have called up defender Jared Juleau, midfielder Sal Esposito and forwards Omar Sowe and Jeciel Cedeno from their academy team.

May 7 in Milwaukee, Wisconsin
Bavarian SC vs. Forward Madison FC. Milwaukee's Bavarian SC is celebrating its 90th anniversary as a club, making it the oldest club in the 2019 Open Cup, while Forward Madison is playing its first season in the new USL League One. The Bavarians are hosting the game at Uihlein Soccer Park, where they were crowned U.S. Amateur Cup champion last year for the seventh time in its history.

The Bavarian squad is built around players it gets from local college programs at Marquette, Wisconsin-Milwaukee and the Milwaukee School of Engineering, which produced the brother combination of Logan and Braden Andryk, who lead the attack. Forward Madison got one goal and two assists from Don Smart in its 3-1 win over Toronto FC II on Saturday to move into fifth place in the USL League One.

May 7 in Turlock, California
Academica SC vs. El Farolito. Academica SC (founded by Portuguese immigrants in the Central Valley town of Turlock) and El Farolito (named after a popular San Francisco taqueria) were both founded in the 1970s. Academica SC is making its Open Cup debut, while El Farolito won the 1993 Open Cup title as CD Mexico.

Academica SC's attack is led by Cody Golbad, a 2018 All-NPSL pick, Ramiro Ceja and Manuel Villegas, while keeper Alonso Lara, the hero of the shootout win over Portland's IPS/Marathon Taverna, has experience in Mexico's lower divisions. El Farolito, which won the first meeting of the year, 3-1, in the NPSL's Golden Gate Conference, returns Edson Cardona, former Santa Clara University midfielder who was an All-NPSL selection in 2018.