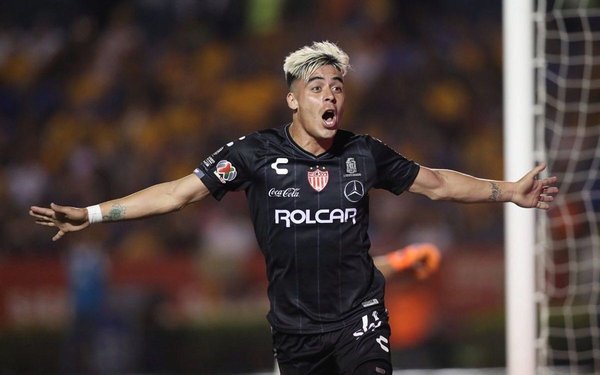 The move came 10 weeks into the 2019 MLS season, on the eve of the close of the primary transfer window, but the Portland Timbers finally got their big-name forward.

The Timbers signed 24-year-old Argentine Brian Fernandez from Mexico's Necaxa for a club-record transfer fee Mexican reports suggested was in the range of $10 million-$12 million. The previous club record fee was about half that for Argentines Lucas Melano and Sebastian Blanco.

Portland has been seeking a top-notch goal scorer since the end of the 2018 season. After the Timbers finished second to Atlanta United, general manager and president of soccer Gavin Wilkinson said he wanted to find help at four positions. They added a goalkeeper, right back and center back, though only Paraguayan right back Jorge Moreira is starting for the Timbers, who have won three games in a row after starting out with a 0-5-1 record.

In a conference call with Portland media on Monday, Wilkinson said Fernandez immediately makes the Timbers a better team.

"He’s a player that is constantly trying to unbalance defenders," added Portland head coach Giovanni Savarese. "He’s a player that finds the goal often and he can play in different positions up top. He has versatility, which is very important for us.”

Young American Jeremy Ebobisse won the starting job at center forward in late 2018 and has started eight of nine games in 2019. He scored in the Timbers' first two wins of the season and leads the team with four goals. Fernandez's signing doesn't mean Ebobisse, who played on the left wing for the USA in his international debut in January, will automatically be displaced.

"It’s a good balance to have a person that can play with other players," added Savarese, "but, at the same time, can also take the place of other players if they’re not performing. I think that competition makes the players much better.”

Just when Fernandez will be available remains to be determined by the Timbers. He served one game of a three-game suspension by Liga MX for receiving a red card and then getting into an altercation with a fan. Necaxa begins play in Liga MX's Liguilla playoffs on Thursday.

Necaxa was the fifth club Fernandez played for in the last three years after Racing Club and Sarmiento in Argentina, Metz in France and Union La Calera in Chile. In 2015, he was issued a one-year international ban by Conmebol for testing positive for cocaine.

Fernandez enjoyed a breakout season with Necaxa finishing second in the Torneo Clausura with 12 goals and finishing the 2018-19 season with 16 goals in 30 games.