On Friday, Tab Ramos will announce the 21 players he will take to his fourth Under-20 World Cup as the USA's head coach.

Never has he had more players to choose from than in the current cycle. Indeed, the players in the 1999-2001 birth years form the deepest group of prospects the USA has ever produced.

The USA won its second consecutive Concacaf U-20 championship with a 2-0 win over Mexico in the final, but such is the talent coming through that as many as five starters aren't even certain to make the final squad.

Putting together that final squad is like working with a puzzle.

1. Head coach Gregg Berhalter gets dibs on the four players already been capped on the senior national team. Right after he took the job, Berhalter noted how other federations have stacked their U-20 teams, but he has since taken Tyler Adams off the table. Adams, who played at the 2017 U-20 World Cup, is just too valuable to the national team, which will be playing in the Gold Cup this summer.

Berhalter has yet to call up Jonathan Amon, Josh Sargent or Tim Weah, who all debuted for the senior national team in 2018, since he took over as head coach in December. Whether Sargent and Weah go with the U-20s or senior national team has been a matter of intense speculation. Amon is likely under consideration for only the U-20s and even then, he isn't a lock.

2. Clubs aren't required to release players for the U-20 World Cup. FIFA rules limit automatic releases for players on senior national teams during designated windows or approved international championships. In January, Ramos noted how several MLS clubs wouldn't release players for U-20 World Cup qualifying, which took place during the 2018 playoffs, and warned him they won't them for the finals if they were starting for their teams. In 2017, German club Schalke 04 did not release Weston McKennie for the U-20 World Cup in South Korea.

3. Ramos' No. 1 criteria when he's making decisions about players will be their current form. And he early on noted his past experience that he's taken players for the finals who weren't even on his radar when qualifying took place. His decisions have been made much more difficult -- a good thing -- as more players have broken into the pro ranks in the last six months and are actually having an immediate impact at their clubs.

In April, Ramos was required to submit a provisional list of 50 players to FIFA. From that list he will select his 21 players for the finals -- three goalkeepers and 18 field players. FIFA has not released the provisional list. We've drawn up a list of 40 players whom Ramos has likely considered -- or would consider if healthy -- for this positional look at the key players in the U-20 pool.

Scott was the starter in qualifying, and Ochoa, who's eligible for the 2021 Under-20 World Cup, served as his backup after Dos Santos (now starting for Benfica's U-23s) was a last-minute scratch. (Only two goalkeepers were picked on the 20-player roster for qualifying.) After a long injury layoff, Scott was back in goal for FC Cologne II on Monday in its 5-0 win at Fortuna Duesseldorf II. Scott, Dos Santos and Ochoa are the likely picks ahead of Muse, who has been playing for Tacoma Defiance, the Sounders' reserve team.

Dest and Araujo are two of the most promising defenders to have come through the U.S. youth system. The Dutch-bred Dest, who played for the USA at the 2017 U-17 World Cup, has split time this season with Jong Ajax, Ajax's second division team, and Ajax O19, its under-19 team and even trained with the first team. Araujo, who's eligible for the 2019 U-20 World Cup, started twice for the Galaxy and didn't look out of place before an ankle injury sidelined him. Lindsey (out with a knee injury) and Perez (on loan from Celtic) were both part of qualifying roster. 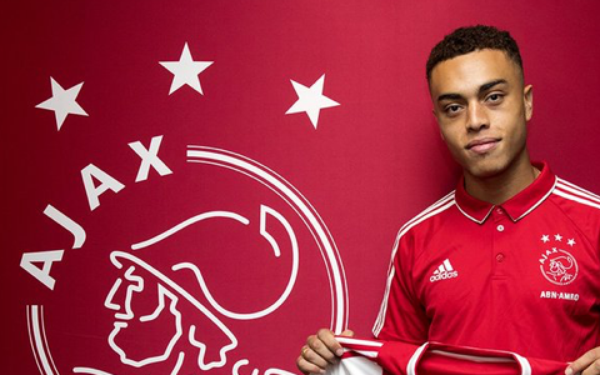 One position without a lot of depth is center back after Richards and McKenzie. Richards was sold to Bayern Munich in January after six months on loan from FC Dallas. McKenzie was a 2018 finalist for Rookie of the Year with the Union and was called into the senior national team's January camp. Injuries and appendicitis have kept him out of the lineup this season, though. Sands, who wasn't part of the qualifying roster, played all but two minutes of NYCFC's first nine games before being injured. Keita was being groomed as the backup but has yet to play for the Crew. In a pinch, Matthew Real, Chris Durkin and Araujo can be used in the middle.

Real captained the U-20s in the Concacaf final against Mexico after splitting time at left back with Gloster, who is the likely starter in Poland. Gloster began the season with Hannover 96's U-19s but was later promoted to the reserve team. Lara, who played for Mexico at the 2015 U-17 World Cup, will probably be the odd-man out. He debuted for Leon's first team in the Copa MX this winter but has otherwise been limited to games on its Sub-20 team.

This is quite a list. Mendez (8 goals, 4 assists) and Pomykal (3 goals, 5 assists) were the key players in qualifying though Pomykal was often used in the attack in Ramos' 4-3-3 formation. Amaya, Servania and Torres were also big contributors in midfield in qualifying but they aren't assured of making final squad. Angking, Dorsey and Fontana were all dropped from the U-20 qualifying when changes were made after the first round.

Ledezma would have started in Bradenton but was injured and unavailable for qualifying. Only recently has he started playing for PSV's O19 team, but he has played well, scoring his first goal on Saturday. Cerrillo and Aaronson have been automatic choices for their teams in their first MLS seasons. Cappis scored in both international friendlies the U.S. U-20s played in March. Fernandez is just starting to have an impact on the Red Bulls and could end up being a contender for MLS Rookie of the Year.

At the defensive midfield position, Servania was excellent in qualifying and prized by Ramos for his ability to link up with Mendez and Pomykal, but the Alabaman was beaten out by Cerrillo for a starting job at FC Dallas and has been playing for North Texas SC in the new USL League. The other option is Durkin, one of the MLS players unavailable for qualifying. He had a great January camp. 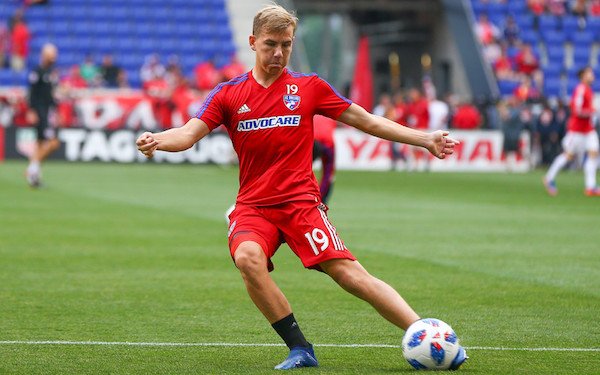 Llanez had seven goals and three assists that averaged out to 2.38 goals and 1.36 assists per 90 minutes in qualifying. Ayo Akinola and Pomykal were the other starters on the wings in qualifying. Since then, 17-year-old Konrad has emerged as a likely starter after a strong season for Barcelona's Juvenil A, which reached the semifinals of the UEFA Youth League. Taitague would have been an automatic choice if he wasn't injured. Carleton, a star on the U.S. U-17s two years ago, has dropped down the depth chart as he has been unable to get regular action on Atlanta United's first team (just 64 minutes so far in 2019). 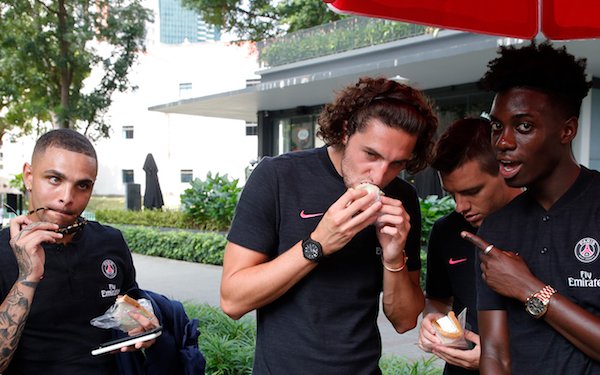 Rennicks started ahead of Soto in the Concacaf final against Mexico but hasn't played for the Revs since being injured in the U-20 friendly against France in March. Soto started the season on Hannover 96's U-19s but has gone on to play three games for the first team in the Bundesliga. Akinola, who scored seven goals in qualifying, is a Ramos favorite.