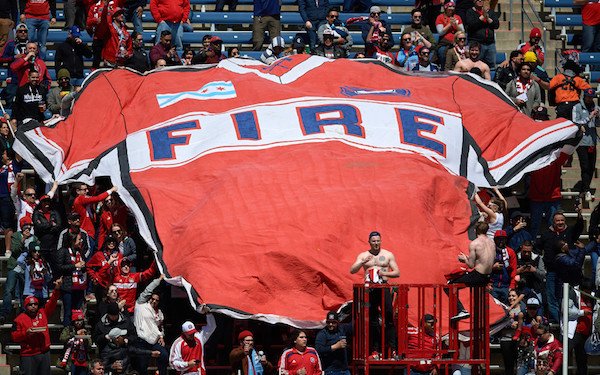 After 14 seasons at its soccer stadium built in the Chicago southwest suburb of Bridgeview, MLS's Chicago Fire has reached a memorandum of understanding with the Village of Bridgeview, which owns the stadium, to end its 30-year lease and move out of the stadium at the end of the 2019 MLS season.

The Des Plaines Valley News reported the terms of the agreement following a village board meeting on Tuesday. The board agreed to rewrite the lease, effectively freeing the Fire to move from SeatGeek Stadium (previously named Toyota Park) to Soldier Field.

In a statement released to the media on Wednesday, Fire president Nelson Rodriguez said the club has been negotiating with Bridgeview Mayor Steven Landek and the Village of Bridgeview for some time on an amended stadium lease, but no final agreement had been reached and no negotiations had with held with another venue.

"Until we do," Rodriguez said, "I’m not able to comment further."

The Des Plaines Valley News reported the key terms of the memorandum of understanding included:

"We like to see the Fire unleash its potential out in the whole market," Landek told the Des Plaines Valley News. "I think it’s good for the Fire. I think it’s good for Bridgeview. Most of all, it relieves any of our angst over the stadium debt. Sometimes, we live and die with the success of the Fire. If they have a good year, we have a good year. If they have a bad year, we all are suffering. This, I think, will be a good idea for everybody."

The Village of Bridgeview built the stadium at a cost of $98 million, but it has been an albatross around its neck. Bridgeview owes $260 million in long-term debt and doubled property taxes, in part to make up for short-falls in revenues from the stadium. The Fire payments will allow Bridgeview to make payments on the debit service without raising taxes in the future.

In a media roundtable with media on Wednesday, Rodriguez addressed many of the club-specific issues the Fire was facing.

The Fire has made the playoffs in only two of the last nine years after reaching the conference finals in four of the five years before that. It averaged 14,806 fans in 2018, its lowest average in seven years, and has drawn just 11,298 fans a game in 2019, putting it last in MLS in attendance.