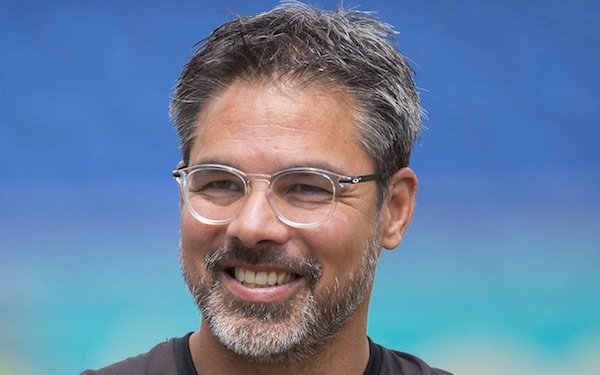 Former U.S. international David Wagner is returning to Germany to take charge of Schalke 04 as its new head coach with a three-year deal.

It's a homecoming for the 47-year-old Wagner, who played two seasons for Schalke 04.

"We're delighted to acquired the services of a coach in David Wagner, who fits our job profile perfectly," said Schalke sporting director Jochen Schneider. "He's a coach with a proactive approach, his teams take the initiative, run hard and play with tempo. He also has the personality to build a team and improve individual players."

Schalke was second in the Bundesliga in 2018 but sits in 15th place with two games to play this season. Huub Stevens took over in March on an interim basis after Domenico Tedesco was fired.

"I know from my own experience as a player the strength Schalke has when the team, club and fans pull together," said Wagner. "To delve back into this world and make a change for the better in the current situation: that's my biggest motivation to return to the Bundesliga."

In January, Wagner stepped down after more than three years as manager at Huddersfield Town, which he led to promotion to the Premier League.

Wagner, 45, is the son of an American father and German mother. He grew up grew up near Frankfurt, where he debuted for Eintracht Frankfurt in 1991. Wagner, a reserve when Schalke 04 won the 1997 UEFA Cup, played eight games for the USA in 1996-98 after German-American Thomas Dooley recommended another German-American, Michael Mason, and him to national team coach Steve Sampson.

Wagner spent four years as a coach at Borussia Dortmund, working under Juergen Klopp with whom he played at Mainz. He coached Dortmund II, working with Christian Pulisic in his first full season in Germany before taking the Huddersfield Town job in November 2015. He also coached Americans Terrence Boyd, Joseph Gyau and Junior Flores at Dortmund II.

One of Schalke's key players is 20-year-old American Weston McKennie.