Tab Ramos discusses his U-20 World Cup roster selections, taking Weah and Cerrillo but not Araujo, Amaya and Amon, and injury worries

U.S. U-20 head coach Tab Ramos met with selected media in New York on Friday to discuss his World Cup roster, which he unveiled earlier that morning. When compared with his past teams, this one was very difficult for the coach to assemble due to a plethora of options and difficult cuts he had to make.

In terms of player decisions, the biggest one for Ramos was regarding Tim Weah and his sudden inclusion on the team. Weah, 19, has never played on the U-20 team this cycle due to club and senior national team commitments. To date, he has made eight appearances with the full national team.

Weah is all in. Ramos always wanted Weah on the team but there were significant questions surrounding his role within U.S. Soccer. Over the past year, he has played for the full national team, the U-23 team and is eligible for the U-20 team. It was not settled where U.S. Soccer wanted to use him. While national team head coach Gregg Berhalter agreed to put him on the U-20 World Cup team, a big factor for his inclusion on the U-20 team was simply Weah’s desire to be part of the team.

“One of the things I can tell you that has never waivered this whole time is that Tim really wanted to participate in the U-20 World Cup,” Ramos said. “I think when you have a player who is really looking forward to a competition that he believes is really important to him, I think it makes things easier.”

Later in the day, Weah announced that Celtic agreed to release him right away for the U.S. U-20 team instead of keeping him around for Sunday's Old Firm match at Rangers and the Scottish Cup final on May 25.

And Weah’s versatility will be a huge help to Ramos as he is capable of playing as a winger or as a No. 9 central forward. To that end, Ramos made it clear that he is interested in Weah playing both positions but the wing might make sense at the moment.

“I see him as both,” Ramos explained. “I really like him as a No. 9 and I like him as a winger, too. I think for the senior national team, it is more likely that he will be a winger. I think it would be better for this group if he plays mostly as a winger. So I can tell you that most of the time he will be a winger but I would like to use him as a No. 9 as well because I think he can be a great No. 9 for us.” 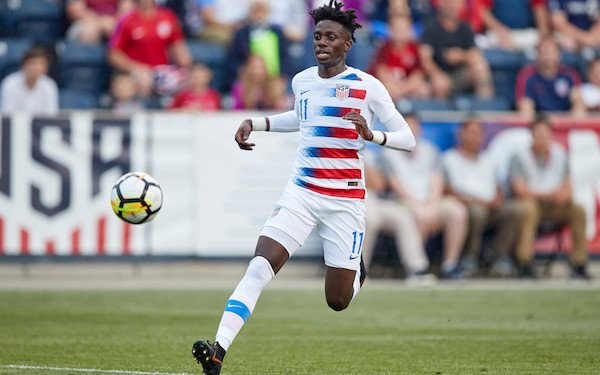 Other summer plans for Sargent. Werder Bremen forward Josh Sargent and RB Leipzig midfielder Tyler Adams were also age-eligible for this tournament, but U.S. Soccer had other plans for them aside from the U-20 World Cup. Adams did not even make the 50-player preliminary roster since Berhalter felt he was beyond the tournament. It is clear that he is going into the summer with the senior national team.

For Sargent, Ramos had him on the 50-player preliminary roster and Sargent, in theory, could be added to the team if there is an injury before the tournament but like Adams, is in the mix for the Gold Cup this summer.

“Josh Sargent -- we weren't 100% sure at the time because of the playing time situation so I did put him on the 50-man roster,” Ramos said.  “But I think it is clear that he is going to go into the summer with the senior national team. So I think it's best that he continues to move forward in that direction.”

Ramos was adamant that naming this 21-player roster was the hardest of his four cycles in charge of the U-20 World Cup team. He pointed out that for the first time he had to cut players who are regular starters for the first team at the clubs.

'It's truly a numbers game with this particular team'

Like in previous cycles, Ramos added that some players who he would have to cut would go on to have great careers and was confident that it would be the case this cycle as well.

“This particular roster, for me, was really difficult because I think there is no question that three or four guys who also deserve to go and who are not going,” Ramos said. “In the end, all players have to deal with these types of decisions. But you never want a young player to believe that you don't believe in them. This truly has not been the case. It's truly a numbers game with this particular team. I do trust that there will be players who are not going to the World Cup who will be great players for a long time.”

No room for Amon or Amaya. The most glaring examples were Jonathan Amon and Frankie Amaya. Amon has played at a very high level in Denmark with Nordsjaelland and has shown unique and explosive 1v1 ability which led to a full national team call-up last October. Amaya was called up to most of the U-20 camps this cycle and was the first overall draft pick in MLS in January.

For Amon, he also had a club season that ran into the group stage at the World Cup – which Ramos said was also a partial factor in him not making the team. The other part being that there was simply not enough room.

“I want to say it is a little bit of both,” Ramos said when asked on the reasons behind Amon not being on the team. “But when I look at what happened in terms of the roster selection, I had a really tough time with Jonathan not being selected and with Frankie Amaya not being selected. Because I could bring in those two guys and leave two other guys out and I think for the most part we would be the same team. Those are two really tough selections I had to make and I had a tough time with it.”

'When you pick these teams, you can't have two per position'

Also among the noteworthy cuts were LA Galaxy right back Julian Araujo and New York City defensive midfielder and central defender James Sands. The two players have turned in impressive performances this year for their clubs and Araujo, widely considered a top prospect who is also eligible for the 2021 U-20 team, was on the U-20 World Cup qualifying team.

The two each suffered injuries in recent games and while that was a factor, Ramos said it was still a coach's choice that the two were victims of a very competitive team. The absence of Araujo, however, makes the team thin at right back beyond the starter, Sergino Dest.

“Had they not been injured, it would have made things more difficult but when I look at the roster and I look at the make-up, we decided to select six defenders, six midfielders, and six forwards, I am very comfortable with the six defenders that I have,” Ramos said. “I have three right-footed and three left-footed. There are all kinds of scenarios that we can have.”

“I think Julian was a strong consideration because, in theory, when you look at the right-back position, where Dest is, there is the possibility where if there is an injury there, that is the one position where probably out of the field we have the weakest spot,” Ramos added. “When you pick these teams, you can't have two per position. So somewhere you're going to be weak. I still believe that if we run into a scenario where Sergino is carded or injured, there is the possibility that Mark [McKenzie] could play there or maybe [Brandon] Servania could play there.” 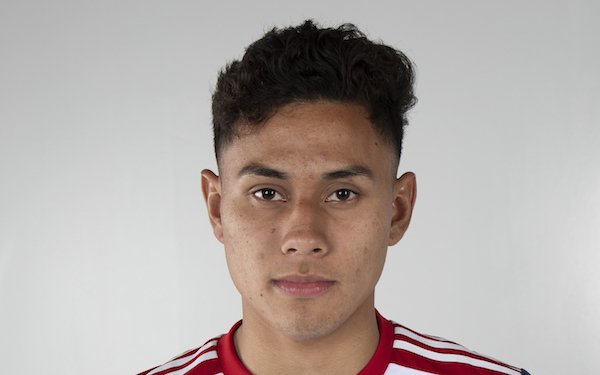 Cerrillo has impressed mightily at Dallas to start the season and Ramos has consulted with FC Dallas head coach Luchi Gonzalez about Cerrillo. Ramos admitted he was reluctant to call in players who he doesn’t know well because it risks changing the team dynamics but Cerrillo simply deserved it. Specifically, Ramos was intrigued with Cerrillo’s ability to play in physical situations.

“There are a bunch of young players now playing in MLS but Edwin has had that consistency with the first team,” Ramos said. “This is the difficult part because our preparation time is very short. So it's very difficult for me to take players that I didn't know well personally. Because when you take on a player, you're going to take a player that is not only going to help you on the field but a player you want to make you better off the field as well. That is all important stuff and that is the spirit that this team has and I don't want to lose that by just changing guys. At the same time, I want with be fair to the guys who deserve to go and I think Edwin clearly showed by his display in Dallas that he deserved to go.”

In his eighth year in charge of the program, Ramos is aware now that he might not be done making roster decisions. In each of his three previous U-20 World Cups in charge of the team, Ramos has had to make changes to his roster prior to the start of the World Cup. Per the rules, teams can change their roster for injuries up to 24 hours before their team’s first game.

Ongoing injury worries. Ramos cited that he is worried that key players like Paxton Pomykal and Konrad de la Fuente have had muscle injuries in recent weeks and is prepared to make changes.

“I am still worried,” Ramos said. “In particular, if we were to look at Paxton and Konrad, they're two players who have had muscular injuries the past few weeks. Your concern is not that they're going to make it on time, your concern is whether there can be a reoccurence or will they be in good form when they start to play? There is a little bit of both of those things with those particular guys.”

But Ramos is confident that with the deepest player pool he has ever had at the U-20 level, the team should remain competitive. (He even pointed out that current U.S. U-17 players in Gianluca Busio, Ricardo Pepi and Giovanni Reyna are on the 50-player preliminary U-20 roster and could be used as injury replacements.)

“This particular cycle has been a little bit different and I've noticed it's been changing from cycle to cycle - certainly the last three teams that I've had and this one being the fourth -- players are becoming more and more competitive and players are fighting for time on their first teams,” Ramos said. “This is a great place to be and where we wanted it to be a few years back when I, and all of us, started complaining: why don't young players play more? They're starting to get to that point and we're heading in the right direction.”