USA books U-17 World Cup spot with win over Panama

Second-half goals by Gianluca Busio, Gio Reyna and Ricardo Pepi earned the U.S. U-17s a 3-0 win over Panama in the Concacaf U-17 Championship quarterfinals that qualified the USA for the 2019 U-17 World Cup in Brazil (Sept. 17-Oct. 8). The goals came after Panama's packed defense managed to keep the Americans off the scoreboard in a first half in which the USA had 76 percent of the possession.
Five minutes into the second half, Busio skied a seven-yard shot over the crossbar after a pass from Alfonso Ocampo-Chavez  in the 50th minute. But Busio made amends with a 54th-minute finish after another pass from Ocampo-Chavez.

After Ocampo-Chavez was fouled in the 59th minute, Reyna buried the penalty kick to make it 2-0. Pepi, who subbed in for Reyna in the 69th minute, finished an 11-pass sequence, scoring on a pass from Danny Leyva in the 75th minute for the final goal.

"We knew it's going to be difficult," said U.S. coach Raphael Wicky. "If you don't score early in these games, the teams sit down with 10 men and their goalkeeper in their own half, [and] there's not much space. We had enough chances early on in the game to score. We didn't, and then we knew we had to be patient, we need to keep working on what we did, and be clinical when you have the next chance. Early in the second half, we missed huge chance, and we said, how can we not score goals? But if we kept on being concentrated, focused on the threats they have and what we do, we [knew we] will be successful."

• Sunday's win was the USA's third straight shutout at the tournament after a 8-0 round of 16 win over Guadeloupe and a 3-0 win over Guatemala in its final group game. The USA opened with a 3-2 win over Canada and a 6-1 win over Barbados.

UP NEXT: The USA's semifinal will be a rematch of its 3-2 win over Canada in group play in which Canada had taken a 2-0 halftime lead. The Canadians advanced (and qualified for the World Cup) with a penalty-kick shootout win over Costa Rica after their quarterfinal ended tied, 1-1. The USA-Canada winner faces the winner of the Mexico-Haiti semifinal in the final on Thursday.
• USA-Canada, Tuesday, May 14, 5:30 p.m. ET (TUDN, Concacaf Facebook).

• Defending U-17 Concacaf champion Mexico qualified for the World Cup with a 5-1 win over El Salvador while Haiti prevailed over Honduras on PKs after a 1-1 tie. 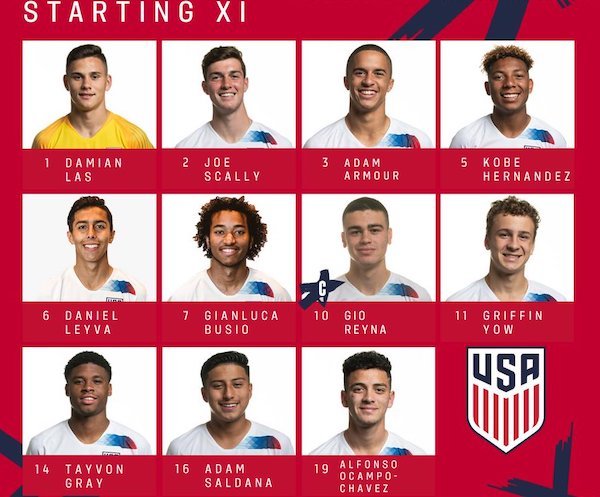