What does a youth team coach want from the players' parents?

On Sunday morning my boys' U-16 team had a tough away game against a club much higher up the league standings. We had a roster of 14, and for once the strongest boys were all available. Until the text messages started coming in two hours before kickoff. Player one: "I have to go to church this morning to my sister's pre-confirmation presentation." Player two: "I worked out at the gym yesterday and injured my shoulder." And a third player who just wrote, "I'm injured" and then disappeared off the radar. We were suddenly down to a bare starting XI, with half of the back line missing. 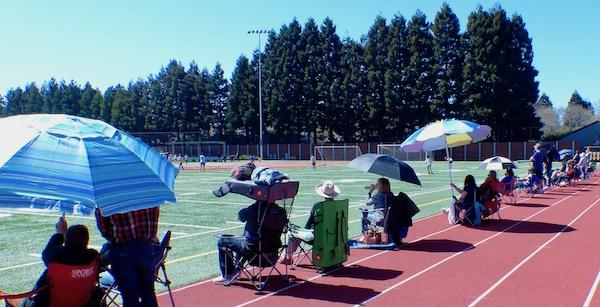 Later in the day, once I'd exchanged some strained messages with the players' parents and digested the inevitable heavy defeat (5-0, though they played well enough under the circumstances), I drew up a list of what I think youth team coaches want or expect from the parents of their players. Obviously that varies depending upon the age group of your team, and each coach may view the involvement of parents on another scale altogether. Some hardline coaches I know do not even allow parents to come and watch their kids' games.

So this list is not a set of demands, but a basis for discussion:

• Clear communication on player availability. I send out regular emails with the season's schedule, updating any changes immediately, with repeated requests for parents to let me know well in advance on which weekends they'll be out of town or celebrating Grandmother's Day. Yet I'm still subjected to surprise announcements on the eve or the day of the game (see above). "Our cat Mittens has her fourth birthday today and we're taking her out to World of Mouse! Sorry, but she'd be so disappointed if Bobby wasn't there. Good luck!" (I think the 'Good luck!' at the end of the message riles me even more than any reason given for the player's absence.)

• Keep an eye on your child's pre-game activities. You could suggest to your kid that going to the gym for a full workout the day before you have an 11 a.m. game is not the brightest way to prepare. Computer games until 3 a.m. were confessed to yesterday by one player (and it showed). I appreciate that teenage boys, say, very much have lives and minds of their own, but coaches rely on parents to offer some guidance and authority in the RHE (Raging Hormonal Era). We also rely on them to keep us informed of any problems their child is encountering beyond the soccer field so we can handle them with corresponding sensitivity.

• Provide proper pre-game nutrition. I bumped into three of my players on the way to an away game one morning earlier this season. They looked red-eyed and lethargic. "Did you lads get a proper breakfast?" I asked. Two of them had eaten nothing, the other just a bowl of cornflakes. After 20 minutes they were all exhausted, on a warm morning against a stronger, older team. Result: that old familiar 5-0.

• How can we help? Not all coaches welcome offers of assistance -- I think that's a mistake, because pro-active parents to me are a godsend. This works well on my U-8 team, where parents pick up the dirty jerseys without being asked, organize transportion to away games among themselves, and are ready to jump in and help supervise practice if one of the assistant coaches is absent. If someone's keen, let them coordinate the team's social activities, organize laundry duty, or draw up a five-year economic plan. Encourage all initiatives to make everyone feel involved -- if the initiatives weren't meant to be, they'll fade and be forgotten.

• How can we not help? Don't ask me questions in the middle of practice. Don't offer 'coaching' or advice to your child during practice or during games, or make any kind of negative noise. Ever. Don't offer me your opinion on tactics, formation or the best position for such and such a player unless you are also planning to take a course and come on board as part of the coaching team, and even then you should wait until you're done. It is, however, fine to discreetly inform me that your son or daughter is unhappy in their present position and would like you to consider trying them somewhere else.

• What should a coach do to maintain good relations with the parents/guardians? Communicate clearly and punctually at all times. We have the technology. Don't rely on children of any age to pass on messages, including printouts. Hold regular parent evenings so you can make clear your rules, coaching philosophy, and plans for the team's development, and so parents can ask those questions you don't want to hear in the middle of practice. Treat all players equally, regardless of ability. Take all parental concerns seriously, and react promptly. Be measured but firm, sincere and timely in your responses to any problems. That is, deal with the choleric father the first time he yells at the referee, not the twentieth time (the other parents will be most grateful). And when a player doesn't show up for practice, ask the parents why. It often turns out they thought their kid was kicking a ball when in fact they were hanging at the mall (or worse).

Everything I've written so far seems self-evident, and has possibly been stated several times before. Given certainties seem to be on shaky ground nowadays, however, so it's worth re-capping the fundamentals. Feel free to add your thoughts.

youth
12 comments about "What does a youth team coach want from the players' parents?".
Read more comments >
Next story loading