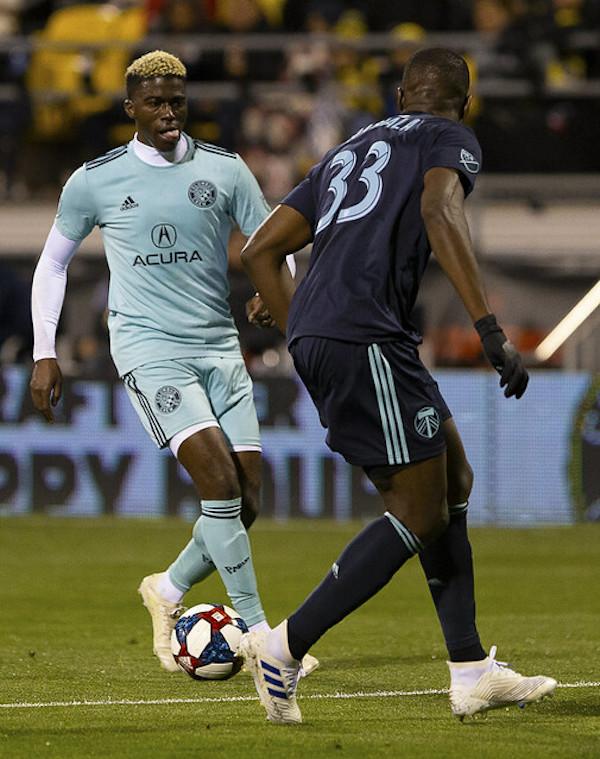 The Columbus Crew gave Gyasi Zardes a multi-year contract extension, making him the first player who entered MLS as a Homegrown Player a Designated Player.

Most of the Americans were players who were given DP contracts when they returned home from playing abroad.

The Designated Player program, started in 2007, has changed as the number of DPs per team was increased from one to three, the maximum budget charge increased to its current level of $530,000 in 2019 and allocation money expanded with the introduction of Targeted Allocation Money and Discretionary Targeted Allocation Money to buy down a player's salary to at or below the DP threshold.

The Crew entered the MLS season with three players as DPs -- Federico Higuain, Pedro Santos and Milton Valenzuela. Higuain, who signed with the Crew in 2012 and was MLS's longest-serving DP, had his budget charge bought down to allow Zardes to take the Crew's third DP spot.

“Gyasi is a player who truly understands the culture of the Columbus Crew," said Crew president Tim Bezbatchenko, "and whose work ethic is second to none. Over the last two seasons, Gyasi‘s production as the top American goal-scorer in MLS is commendable and so we are pleased that we were able to reach this multi-year extension that reflects how pivotal he is to our continued success.”

Zardes finished up his youth career in the LA Galaxy academy program and attended CSU Bakersfield before signing with the Galaxy in 2013. He started for the Galaxy in MLS Cup 2014 when it won its fifth MLS title and scored the first goal in the 2-1 overtime win over New England.

Zardes has 44 caps for the USA and started all four games since Gregg Berhalter, his coach on the Crew in 2018, took charge of the national team this winter.