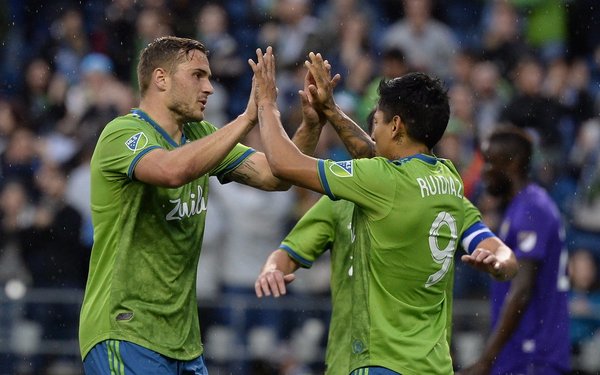 Thursday is the deadline for U.S. national team coach Gregg Berhalter to submit his 40-player provisional roster for the 2019 Gold Cup to Concacaf.

A list of 40 players might seem to give Berhalter a lot of leeway before he has to submit his 23-player Gold Cup squad on June 6.

But he has a lot to worry about ahead of the opening of training camp on May 27 before friendlies against Jamaica on June 5 and Venezuela on June 9 and the start of the Gold Cup on June 18 against Guyana in St. Paul, Minnesota.

The good news on the injury front is that Tyler Adams, out for more than six weeks after getting off to a sensational start in the Bundesliga, has resumed training with RB Leipzig, which plays Bayern Munich in the German Cup final on May 25.

The bad news: the U.S. injury list grows almost by the day.

Wednesday was a particularly bad day as Jozy Altidore had to be scratched from Toronto FC's lineup for its match against D.C. United with a heel injury, and Jordan Morris left the Seattle Sounders' match against Orlando City in the second half with a hamstring injury.

Altidore hasn't played for the USA since it was eliminated from the 2018 World Cup with its 2-1 loss at Trinidad & Tobago in October 2017, but Morris joins four other players who have started for Berhalter in 2019 and were injured or ruled out for the rest of their club seasons with injuries.

They include Zack Steffen, the No. 1 keeper, and the likely starting center backs John Brooks and Aaron Long, plus DeAndre Yedlin, who captained the USA in its last game, a 1-1 tie with Chile.

Here's a look at their situations ...

Jozy Altidore. After TFC's 0-0 tie with D.C. United, Coach Greg Vanney said Altidore had been bothered by a heel injury and been in and out of training, wearing running shoes because his soccer shoes were bothering his heel.

"It was kind of a game day sort of thing to see if he could turn the corner in a short period of time," Vanney said, "but he said he felt the same as he did yesterday and yesterday, he didn’t make it through training. He didn’t feel like he could get it done so we had to go a different way."

Jordan Morris.  Morris pulled up after sprinting through the midfield circle, grabbed his left hamstring and went on the ground in the 48th minute. He was able to walk off the field but was visibly dejected. He was replaced by Handwalla Bwana, the scorer of the second Seattle goal in its 2-1 win.

After the game, Sounders coach Brian Schmetzer said Morris strained his hamstring and was going to have an MRI done. Asked to compare it to the hamstring injury that sidelined Morris for more than two months at the end of the 2017 season, Schmetzer said it wasn't as bad.

After missing the entire 2018 season with a knee injury, Morris has started all 12 games for the Sounders in 2019 and scored four goals.

Zack Steffen. Steffen didn't play for the Columbus Crew in its 3-0 loss against LAFC on Saturday. Crew head coach Caleb Porter said Steffen complained of his foot being sore the day after the 3-1 win over the LA Galaxy and it was swollen when he showed up for training on Friday.

Steffen was not on the field for training as recently as Tuesday and his status for Saturday's match at Minnesota United is unknown. 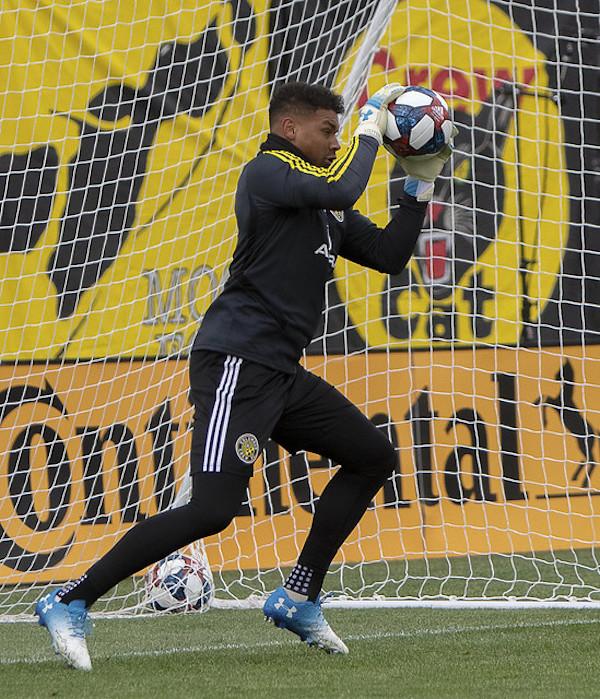 Aaron Long. That same evening Steffen might have been injured, Long left the New York Red Bulls' match against Montreal with a hamstring injury. The injury came in the 82nd minute after the Red Bulls used all of their substitutes so they finished the game with 10 players and lost, 2-1.

Long did not travel with the Red Bulls for their match at FC Dallas, which is won, 3-1, with a team of reserves.

John Brooks. Brooks, who has had an excellent season for Wolfsburg, was ruled out of the final two games of the Bundesliga season with a knee injury that has sidelined him since he scored the tying goal in a 1-1 tie with Eintracht Frankfurt on Easter Monday.

Brooks has a long history of injuries, but he had started 29 of Wolfsburg's first 30 games -- a Bundesliga career-high for starts -- missing only one game for yellow-card accumulation.

He had started most of the season for the Magpies before losing his starting job at right back to Javier Manquillo in April. It coincided with Newcastle manager Rafa Benitez's move to five in the back.