Boston-bound Bruce Arena: 'This city is a potential home run for the sport of soccer' 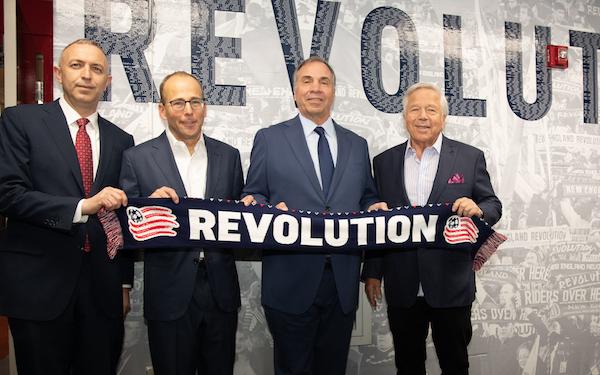 Bruce Arena started out tentatively, but by the end of Thursday's press conference to introduce the new New England Revolution head coach and sporting director to the Boston media, it was the old Bruce, confident, cutting, defiant.

Arena was reluctant to say what what he planned to do to shake up the Revs. First, the hire came about quickly, in less than a week. Secondly, he's been around long enough to know that it will take time to evaluate his team.

"I think I have plenty experience in doing this," he said, "but whenever you’re on the outside, you really don’t know until you get inside a team. I’ll be able to evaluate the roster, obviously a lot better as I get on the field with them, get to see the players day in and day out; see the kind of mentality that they have, the kind of players that they are."

Arena added that his serious work as sporting director won't come until the fall.

"As is the case with this team and other teams in the league," he said, "we have until November to make decisions on player contracts. I think we’re going to take our time, be patient, be smart in evaluating the players that are here, and enable us to make some good decisions as we get towards the end of the year.”

The Revs, who are 3-8-2 and sit in last place, play Montreal and D.C. United before traveling to the LA Galaxy, Arena's team for eight-plus years, on June 2. It's only then that he expects to be on the sidelines.

The decision to seek out Arena came quickly. New England Revolution president Brian Bilello said the Revs had struggled in recent years and were looking to make a change. That timeline had to be sped up after a series of bad results, ending with 6-1 and 5-0 losses that resulted in head coach Brad Friedel's firing last Thursday. Over the weekend, discussions with Arena got serious, and on Monday Mike Burns was out as general manager, clearing the way for Arena to take the dual roles.

“This has been probably a short recruiting process," Arena said. "Brian and I first talked last week and then I spoke with Robert [Kraft] and Jonathan [Kraft] over the weekend, so this has not been a process that’s gone on a long time, but I’ve known the Krafts since the beginning of this league. In 1996, I remember Mr. Kraft hosting a party for the MLS Cup, so we’ve gone back a long ways. I’ve been well aware of the ownership, the organization, the city, and all of that. When Brian initiated contact a week ago, it wasn’t like I had to do a whole lot of work. I just had to have some conversations with the right people and understand what the project was. They convinced me that this is something we can make better.” 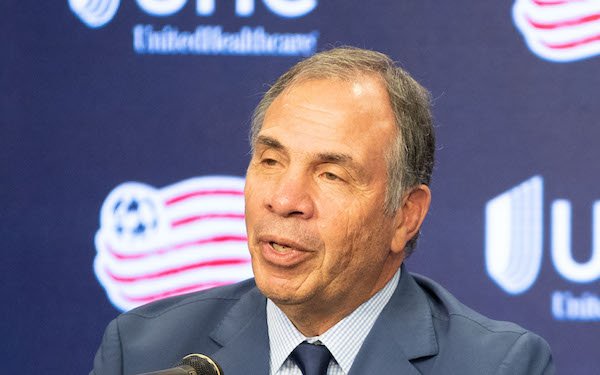 If there was any doubt about Arena's ability to coach in MLS, he noted he coached 13 years in MLS and went to seven MLS Cups, winning five championships. Failing to take the USA to the 2018 World Cup had nothing to do, he said, with his decision to return to the game with the Revs at the age of 67.

“I was actually proud of the job I did in 2017," he said. "We had a great group of players and they worked real hard and we fell short. That’s life, unfortunately. Sometimes people don’t understand that. We played 18 games and lost two of them in 2017. Overall, I think it was a positive experience. Certainly, I’m as disappointed as anybody in that failure. I don’t define that as my legacy, personally. I know others do.

"I’m working and trying to be as good as I can be. I’m 67 years old in a country where the president is in his 70s. His likely competition in the next election is 70-something, so I’m the young kid on the block. Did I have to do this? No. But I love coaching, I love the sport, I love the challenge in building the game in this country; it’s something I’ve done for 40 years and it’s not easy to walk away from. It’s something that’s very important for me and that’s why I’m here today.”

Arena said his conversations with the Krafts and Bilello sold him on the Revs.

"In the last year, you’ve seen coaches come in different organizations. I think the coach in Atlanta was really challenging coming into a club that just won an MLS Cup. To be honest with you, here it’s a little bit easier -- I think we can only go in one direction and that’s positive. I think it’s such a great sports town and I [have] a brother-in-law from Somerville and we’ve been arguing Yankees-Red Sox for the last 25 years, so this is going to be a little bit of a culture change for me. I love the city, I admire the Kraft family for everything they’ve done in the sport; this league wouldn’t be here today if it wasn’t for Robert Kraft, Lamar Hunt, and Phil Anschutz. I admire that and I’m confident that they’re driven to also build a stadium here, which will make this sport outstanding in this city because I think this city is a potential home run for the sport of soccer.”

In many ways, Arena has come full circle with his move to the Revs. He was coaching D.C. United in MLS's first season when it won MLS Cup, played at the old Foxboro Stadium. The game was played in a Nor'easter, and United came back from 2-0 down with 17 minutes to play to beat the Galaxy, 3-2, on Eddie Pope's golden goal.

“My fondest memory of Foxboro is still 1996 in the rain in the old stadium," he said. "It was an incredible day for the sport and country. It was great and I have fond memories of being in Foxboro.”

bruce arena, mls, new england revolution
1 comment about "Boston-bound Bruce Arena: 'This city is a potential home run for the sport of soccer'".
Next story loading