Immigrants, Latinos and Our Soccer Landscape (3)

This is the final article of this series of articles. Before I go any further I must clarify why I have written these three articles. I realized after reading some of the responses of the readers I did not make myself clear about the objective of this series.

There is a claim in various sources of the media that our soccer system is readily not accessible by some of the constituents of our society namely the Immigrants and Latinos. The 2015 study of Bennett and Kaplan claims that USMNT players " came from communities that had higher incomes, education and employment rankings, and were whiter than the US average.” The USMNT players were compared with NBA and NFL players in the aforementioned study. Since the study did not look into the players from a racial point in detail we come to the conclusion that the USMNTs (senior and youth teams) did not fairly represent the immigrant and Latino populations. But when we come to the 2019 we see a different picture on the field.  According to Paul Kennedy – the Editor in Chief of Soccer America,  “If you look at, say, the current U.S. men's national team it is about 60% non-white and the current U-17s and U-20s are upwards of 80% non-white. The U-17s who played yesterday (May 2, 2019 game against Canada) started two white kids. Tab's U-20s might start with one white kid.” Recently – May 14, 2019 - the USMNT U-17 team had one “white” player in the starting XI against Canada in the semifinal.

It is obvious that since the 2015 study the USMNTs have more players of color although being player of color does not always mean that they had lower incomes, less education and lower employment rankings as stated in the study. That is the players of color in the current USMNTs might also come from affluent suburban families. (Let us define players of color as Latinos, Asians and African-Americans for the sake of these articles and hence this definition can exclude “white” immigrants. We know that Latinos are considered white according to U.S. Census Bureau’s definition; so “whites” are whites who are not from ethnic origins in the countries of Latin America and the Iberian Peninsula.)

The objective of this series is to shed some light using available limited subjective and objective data on the claim that the system is not accessible by some of the constituents of our soccer society, namely the immigrants and Latinos. If we can come out with some concrete or circumstantial evidence to prove or refute this claim, then the series of articles would fulfill its objective.

The 2015 study compared the socio-economic status of USMNT players to NBA and NFL players.  Now let us go in more detail to the Jamie Hill 2019 study that we have examined in our last article.  In order to be on the same page let us have a look at two maps that we have seen before: 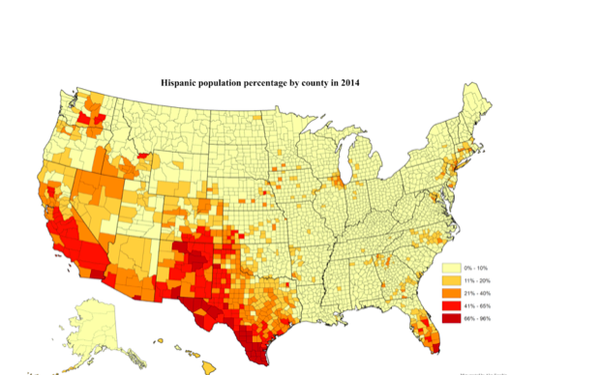 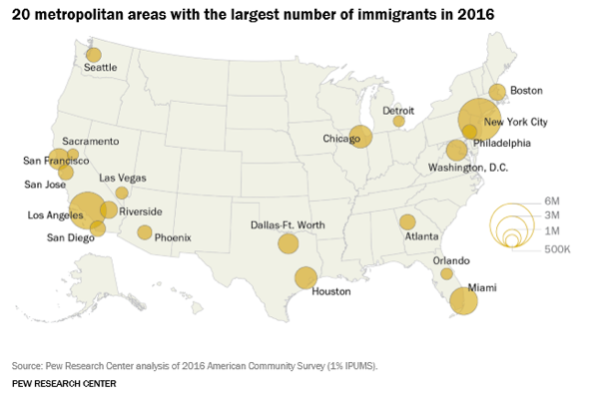 Let us look at some more objective data from the same report:

I watched many competitive youth games in South Texas. There are plenty of very talented immigrant or Latino boys, but their representation in their respective suburban teams is overall lower than the South Texas Latino percentage. I cannot objectively verify this since there is no racial data on youth players. The same could be said about coaches. One area that South Texas excels in with regard to Latino and immigrant representation is refereeing. Out of the four FIFA Men referees of U.S. Soccer three of them are from South Texas and all are either an immigrant (Ismael Elfath) or Latinos (Jair Marrufo and Armando Villarreal). I see very talented mid-level referees and most of them are either immigrants or Latinos and their numbers are well above the state average. The cost of becoming a referee is minimal and if you are determined and love the game, and have a talent then you can go up the ladder. One cannot say the same thing for the cost item regarding players and coaches.  Neither the player nor the coach development systems are cheap or free to access; making it more difficult to access for the immigrants and Latinos who are economically less affluent than the rest of the society.

Both objective data and subjective observations lead us to conclude that there are at least circumstantial evidences that some barriers for inclusion of immigrants and Latinos (or we can call them underserved /underprivileged kids) into our soccer system exists.  One might ask why we chose the immigrant kids and Latinos and left out for example the underserved white girls of rural communities or underprivileged African-American boys of inner cities. We chose the immigrants and Latinos from the group of underserved and underprivileged kids since their chances of choosing soccer to participate as their main sport due to their immersion into the soccer culture are higher than the underserved/underprivileged white or African-American kids. This fact does not refute the principle that participation in any non-school sport is basically an economic issue in our country due to the pay-to-play model. The economic issue might not be the only and major explanation of the barriers of inclusion for immigrant and Latino kids into our soccer system and hence the reasons causing the barriers should be sought.

We should approach the problem using systems analysis, robust research, and world-class technical advisory to systematically identify the causes of the barriers and how to remove the most significant barriers to inclusion for the underserved/underprivileged kids to our soccer system. This approach should address both genders and both recreational/competitive soccer.

This is what this series of articles tried to point out.