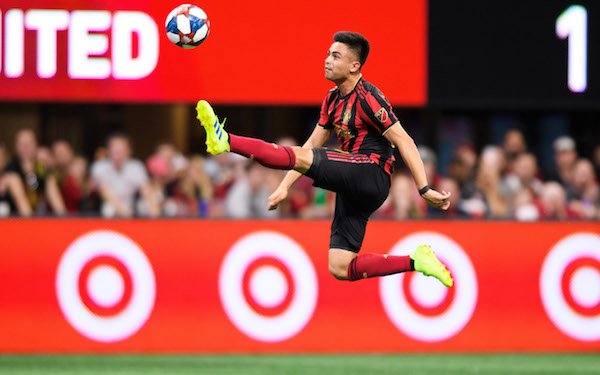 Pity Martinez, who moved to Atlanta United after leading River Plate to the 2018 Libertadores Cup title, hoped to build on his Rey de America form to make Argentina's team for the  2019 Copa America.

But Martinez has struggled since moving to MLS, in part of because of being injured playing for Argentina in March, and head coach Lionel Scaloni didn't include him in the 23-player Copa America squad released on Tuesday.

Scaloni called up Martinez in March, and he played in the 3-1 loss to Venezuela. Martinez, who earned his third cap, injured his hamstring and played just 28 minutes in Atlanta United's next three games. He has started the last six games and picked up his first and only goal in 11 appearances in the 1-0 win over Orlando City.

Martinez's slow start has epitomized Atlanta United's offensive struggles. But its strong defense allowed it to win five straight games before a 1-0 loss at the New York Red Bulls on Sunday.

Atlanta United is currently without another Argentine, Ezequiel Barco, who is in Poland for the U-20 World Cup.

Lionel Messi, Sergio Aguero and Angel Di Maria will lead Argentina in Brazil. They are among only nine holdovers from the team that lost to France, 4-3, in the round of 16 at the 2018 World Cup.