There are a lot of unique stories among the players on the United States U-20 World Cup team and all have had a different path on how they got to this stage. Some have been part of youth national teams for a while, others have only broken through recently. Chris Gloster, 18, is one of the veterans on the team after having played for the USA at the 2017 U-17 World Cup. The left back from Montclair, New Jersey, has handled his transition to U-20 level well and was the starter for the U.S. team when it won the U-20 Concacaf Championships in November. 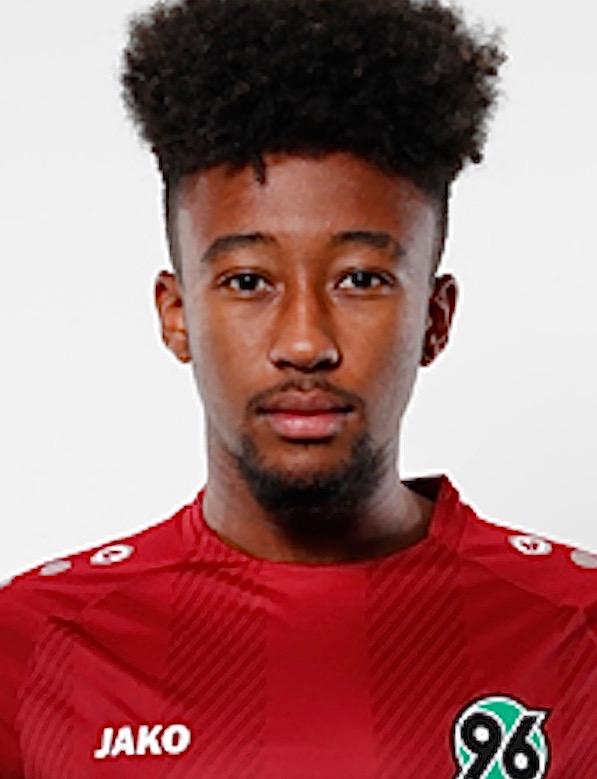 Now, Gloster is poised to play a key role for the U-20 team in Poland where it will open its World Cup campaign against Ukraine on Friday.

“It's a big honor to be part of another World Cup in my career,” Gloster said. “And honestly, I am just very excited for me and my team. This U-20 team, we have a very strong team. I am looking forward to see how far we can go and hopefully we can win this tournament.”

The past year has been positive year for Gloster. After signing for Hannover last year, Gloster, who came out of the New York Red Bull Academy, saw steady improvement and progression within the club’s organization. He made four appearances for Hannover’s U-19 team but played more with Hannover’s U-23/reserve team in the Regionalliga, where he played 16 times. As the season moved along, he began training with the first team more and more.

“Parts of my game which are improving are my defending as well as getting forward into the attack. Coming over here to Germany and trying to pursue a new challenge is one of the reasons why my development has just gone up over the past year. I am very happy about all that.”

The situation was not as positive for Hannover’s first team, however, as it was relegated to the 2. Bundesliga after a poor season. But relegation can mean different things for different teams. Some teams spend on veterans to make a quick return to the higher league. Others try to win with youth as budgets are often slashed.

Gloster understands there will be pressure on the club to return to the Bundesliga, but the club is already looking to unload players from its roster (including declining the option to purchase the loan it had for U.S. striker Bobby Wood last season). But toward the end of the season, Gloster also noticed how younger players such as himself were involved in first team training. His fellow U.S. U-20 teammate Sebastian Soto even made a pair of late cameos in Bundesliga games down the stretch for his professional debut.

Those signs give Gloster hope that he and the other young players will be seen as part of the solution to the team’s troubles.

But the season was also extremely challenging for Gloster because toward the end of the season in April, he was the victim of ugly racist taunts when Hannover’s U-23 team visited VfB Lubeck in a Regionalliga matchup.

His teammates heard it and stood by him. His club immediately made the incident public, filed a report, and sent messages of support to Gloster. It was an extremely challenging moment for him personally and United States U-20 head coach Tab Ramos also spoke forcefully on the matter and added that he hopes Gloster can grow personally in the face of adversity. 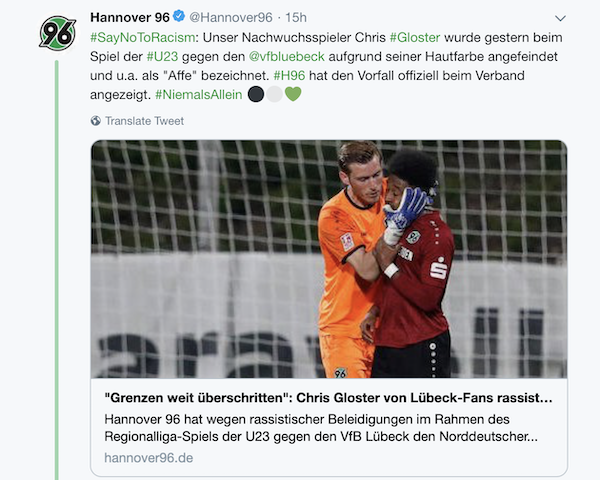 “It's hard to believe these things continue to happen worldwide,” Ramos said. “Obviously, you see the makeup of our youth national teams and it's an amazing place to be for all of our players. And it’s a comfortable place to be. Chris has a strong mentality. He's a Jersey kid. He's hard. That doesn't make things any different. I grew up in this country too as a minority. It's not easy sometimes. There are a lot of things that might happen to you through your lifetime that you don't forget. I know a lot of people can relate to that. But you have to somehow put it in the background and prove to everybody you can move on and be the best you can be. And if there is some way we can pull together and make things better, then we need to continue to do that every day.”

Now on the U.S. U-20 team, his teammates are happy to have him. Alex Mendez, who was awarded the MVP Golden Ball for the U-20 Concacaf Championships after the U.S. beat Mexico in the final, believes that Gloster is an important presence on the team. Specifically, he points out that the rest of the team is simply confident whenever he is at the left back position.

When the games become bigger and more important this month, Mendez and the team believe Gloster will rise to the occasion.

Having been an important part of the team, Gloster is optimistic for not only the U-20 World Cup but for the talent of his generation of American players moving forward. He notes that he is excited about the prospects of possibly being on the Olympic team later in the year and how that team could be another opportunity for his generation to prove that American soccer is on another level.

But for now, the sole focus is on the Ukriane game on Friday and taking strong first step of what he hopes will be a long and successful journey in Poland.

“What's good about our team is that we always compete,” Gloster stressed. “No matter what kind of game it is, it doesn't matter. That is what is great about this U-20 team. Being a player on this squad and seeing all the players that have been called into all of these camps, the confidence level is very high. Everyone on the team believes that we can go pretty far in this tournament. Everyone has that same mentality and that is what is good about this group -- to push each other and see how far we can go. Hopefully, we can bring the cup back home to the United States.”