The USA responded to its first deficit against Ukraine with a brilliant goal to take a 1-1 tie into halftime, but Coach Tab Ramos' team failed to score again after conceding a corner-kick goal early in the second half and fell 2-1 in its Group D opener at the U-20 World Cup in Poland. In European qualifying play, the Ukrainians beat both defending U-20 World Cup champion England (which then failed to qualify) and France to reach this U-20 World Cup. They face Qatar on Monday while the USA meets Nigeria, which opened with a 4-0 win over Qatar. 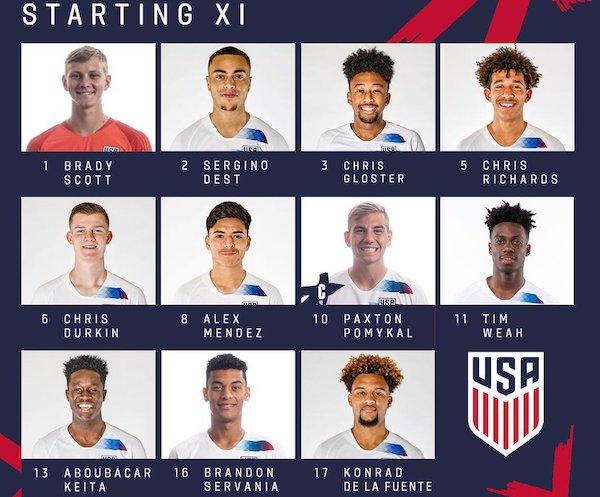 Brady Scott lashed out at his defenders after both goals, but surely he should have done better to organize his defense on the corner kick so that it didn't fall to 5-foot-10 midfielder Alex Mendez to cope with the header by 6-foot-1 Denys Popov from the edge of the goal area. Scott's one save was an acrobatic effort on a Vladyslav Supriaha header late in stoppage time.

The central defender Chris Richards should have been the one to prevent Popov's header. He and Aboubacar Keita had otherwise done well to keep the Ukrainians from getting chances at the U.S. goal, but one of right back Sergino Dest's three blunders led to Ukraine's opening goal. Dest inexplicably jumped as if he'd have a chance to head the ball that landed at Serhii Buletsa's feet, providing Buletsa a clear path to the goal. It overshadowed Dest's good work attacking up the flank and playing a key role in the buildup to the USA's equalizer. Left back Chris Gloster managed to contribute to the attack without any defensive liabilities.

Alex Mendez came closest to getting the second-half equalizer. Goalkeeper Andriy Lunin dived high to bat away Mendez's 26-yard shot in the 48th minute that was headed into the top corner and in the 76th minute Mendez, receiving a pass from Paxton Pomykal, hit a sharp shot from 12 yards that banged off the post. In the 10th minute, Mendez's 32-yard free kick after he was fouled was finger-tip deflected over the bar by Lunin, who also denied Mendez in the 45th minute when his 28-yard shot headed toward the low right corner. In the first half, Chris Durkin won the ball to start the attack, a series of 14 passes, that led to Brandon Servania's goal. All the midfielders had their moments, and the USA enjoyed a 60% edge in possession, but their play became less cohesive and lacked ideas as the Ukrainians defended in numbers while holding a 2-1 lead.

Konrad De La Fuente's dynamic wing play provided the most problems for the Ukrainians, but they survived thanks to their packed central defense. Center forward Tim Weah assisted on Servania's goal but Weah failed to get his own chances on goal. Moving wide or into the midfield for the ball only took pressure off the Ukrainian backline.


Aside from Mendez's effort, the Ukrainian goalkeeper's only other save came when Sebastian Soto shot straight to him late in the game 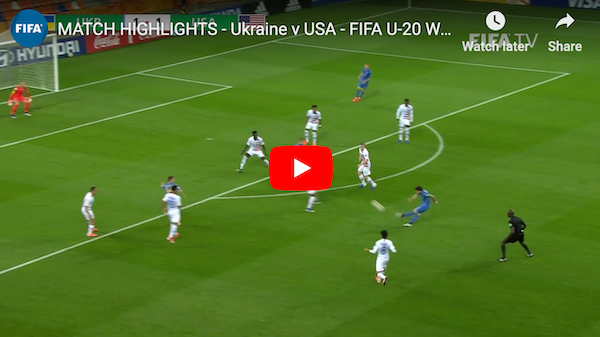 TRIVIA. The USA lost its opening game in six of its previous 15 U-20 World Cup appearances. Only once did it advance to the knockout stage after losing its opener. in 2001, it fell 1-0 to China before beating Chile and tying Ukraine to reach the round of 16, where it lost, 2-0, to Egypt.