Under-20 Men's World Cup: Standouts and disappointments through two rounds

Two rounds are complete in the Under-20 Men's World Cup group stage.

Here's a breakdown by confederation how teams are doing.

Concacaf. The USA's 2-0 win over Nigeria is the first and only victory in eight games by Concacaf's four teams. It will know after Wednesday's games in Group A and Group B whether a draw against Qatar on Thursday will assure it a berth in the round of 16.

If the USA advances, it will play Sunday, Monday or Tuesday, depending on where it finishes.

Panama tied Mali, 1-1, and lost to France, 2-0, to put itself in a position to likely advance if it beats Saudi Arabia on Friday. The Canaleros started four players on MLS second teams playing in the USL Championship or USL League One: Carlos Harvey and Ernesto Walker (both LA Galaxy II), Guillermo Benitez (Atlanta United 2) and Jesus West (Toronto FC II).

Mexico has been a disappointment, losing to Italy and Japan and extending its long history of problems in the group stage at the Under-20 World Cup. Since 2001, El Tri has had a winning record in the group stage only once -- in 2007 when it swept all three games in Canada.

Only Tahiti has a worst record in the overall standings than Honduras, which opened with a 5-0 loss to New Zealand and 2-0 loss to Uruguay.

Europe. If the USA finishes second in its group, it will likely face France, a 2-0 winner over both Saudi Arabia and Panama, in the round of 16.

Three of France's top U-20s -- RB Leipzig's Ibrahima Konate, Nice's Malang Sarr and  Arsenal's Matteo Guendouzi -- were held out of the tournament so they can play for France in the UEFA Under-21 Tournament later in June that serves as qualifying for the 2020 Olympics.

Les Bleuets had Alban Lafont (123 pro appearances for Toulouse and Fiorentina) back in goal on Tuesday after he finished up the Serie A season over the weekend. 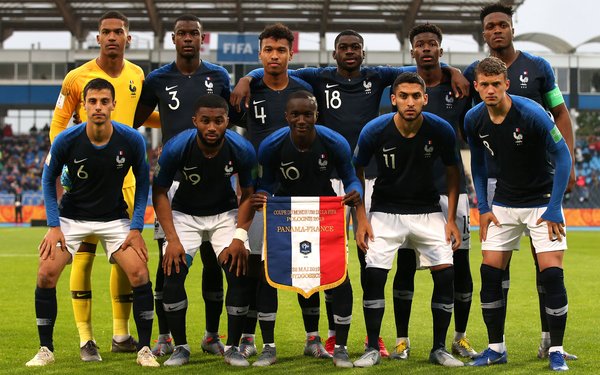 Ukraine, which beat the USA, 2-1, and Italy are the other European teams that opened with a pair of victories. Like France, Italy is taking part in the UEFA U-21 Tournament, so it held out 18-year-old star Sandro Tonali, dubbed the new Andrea Pirlo, from the U-20 World Cup.

With the likes of Gedson Fernandes, Florentino Luis and Joao Filipe from Benfica, Francisco Trincao from Braga, Manchester United's Diogo Dalot and Lille's Rafael Leao, Portugal, winner of European U-17 and U-19 titles, entered the tournament as the favorite. But Tuesday's 2-0 loss to Argentina means that Portugal likely needs a result against South Africa on Friday to advance.

South America. Atlanta United's Ezequiel Barco has been sensational for Argentina, assisting on both goals in the 2-0 victory over Portugal after scoring twice in the 5-2 win over South Korea to open the tournament. 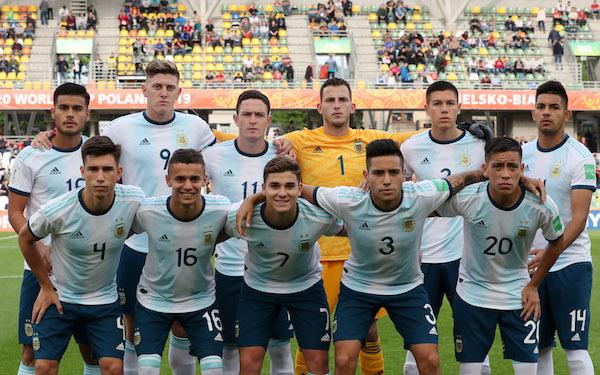 Uruguay is also perfect with a pair of wins and is through to the round of 16 while Colombia split its first two games. The disappointment has been Sudamericano Sub-20 champion Ecuador, which lost to Italy and tied Japan and will most likely need to beat Mexico to advance.

Africa. Senegal pulled off one of the tournament's upsets when it beat Colombia, 2-0, to move into first place in Group A. It could knock out host Poland it it wins on Wednesday in Lodz.

Mali is in good shape with a win and tie heading into its match against France to decide first place in Group E. Nigeria still has a shot at winning Group D but it must beat Ukraine and hope the USA doesn't beat Qatar by a bigger margin.

South Africa's slim hopes of advancing depend on beating Portugal and then getting help from the other results.

Asia. Japan is in the best position to advance thanks to its 3-0 win over Mexico and 1-1 tie with Ecuador.