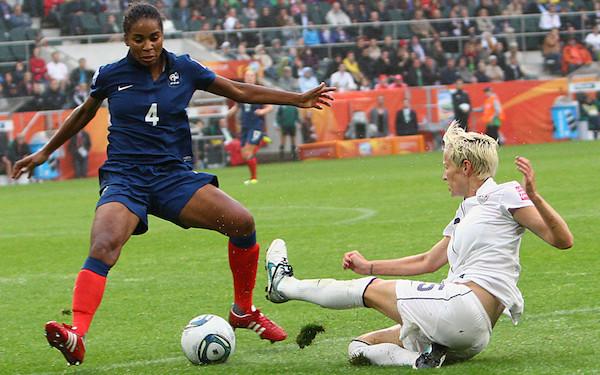 With Tuesday's announcement that ESPN+ will carry the 2019 Copa America, we now know the viewing options for the three summer tournaments:

For some time now, though, we've known that all three tournaments will for the first time be played simultaneously, culminating on July 7 when all three finals will be played the same day.

In 2015, the Women's World Cup played in Canada was played in the same June-July window it will be played this year, ending on the first Sunday in July. The 2015 Copa America in Chile was played simultaneously but finished on Saturday, a day earlier. There was no conflict with the 2015 Gold Cup because it didn't start until July 7, two days after the Women's World Cup ended.

Starting in the middle of the summer has posed problems for Gold Cup teams like the USA and Mexico that relied heavily European-based players who had just returned to preseason training and struggled with their fitness, and the tournament was rescheduled this year for June 15-July 7 after being played entirely in July the last three tournaments (2013, 2015 and 2017).

The 2011 Women's World Cup in Germany was played June 26-July 17, but any idea of also playing the 2019 Women's World Cup in July is believed to have been rejected by French organizers because it would have conflicted with France's major summer sporting event, the Tour de France, which runs 23 days (July 6-28).

It's understandable that all three soccer tournaments would to be played when they are -- though the exception is the Africa Cup of Nations, which will be played June 21-July 19 after always being held in the winter -- but it's a head-scratcher why FIFA, which has final say over the calendaring of confederation events, would allow all three finals to be played on the same day, July 7:

Sharing the spotlight and attendant media coverage on the same day does not sit well with U.S. co-captain Megan Rapinoe and major women's soccer supporters.

''It's ridiculous and disappointing, to be honest,'' Rapinoe said.