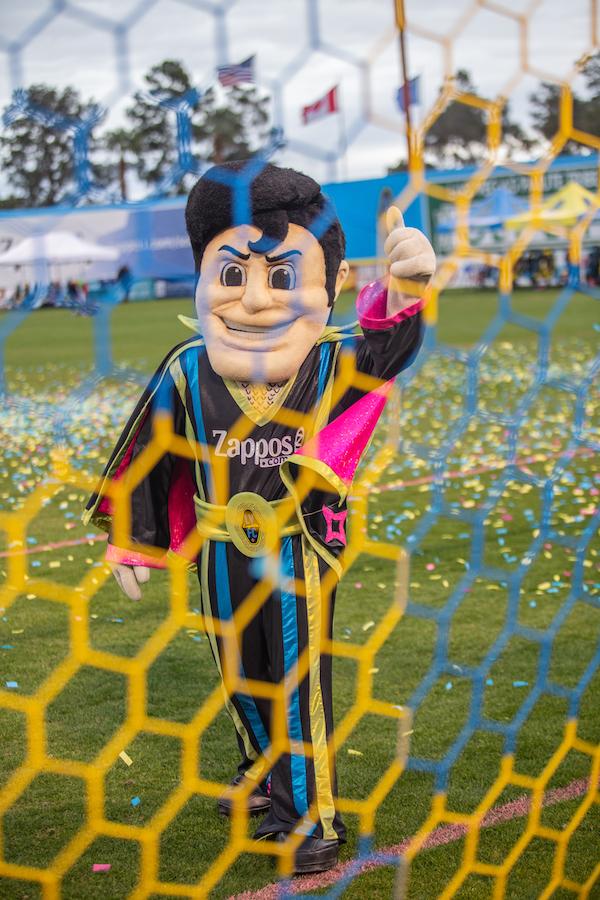 Buoyed by the success of the second-year Las Vegas Lights in the USL Championship, Las Vegas is looking into re-entering the MLS expansion race.

The move has two working parts:

1. The Las Vegas city council will next Wednesday vote on whether to enter into a 180-day negotiating period with real-estate developer Renaissance Companies to come up with a plan for a mixed-use development that would include a soccer stadium on the site of the Lights' current home, former minor-league baseball Cashman Field.

2. If a master development agreement is reached, Lights owner and CEO Brett Lashbrook will sell the Lights to an unnamed buyer.

Lashbrook, a former MLS executive who worked on Orlando City's succcessful MLS expansion bid and launch in 2015, started the Lights in 2018.

When MLS went ahead in 2017 with its expansion campaign that produced Nashville and Cincinnati as new teams, Las Vegas was not one of the 12 bidders. The city now has a popular NFL team, the Vegas Golden Knights, and will welcome the Oakland Raiders in 2020 when they are expected to move into a new football stadium costing $1.8 billion in 2020.

MLS commissioner Don Garber recently mentioned Las Vegas as a possible site for the 30th team after Miami and Nashville, which will enter in 2020, and Austin, which will begin play in 2021, and Sacramento and St. Louis, which are expected to win approval for the 28th and 29th franchises.

“I don’t know that we have a firm handle yet on what the final number of teams in the league ought to be,” Garber said on April 19 after the most recent board of governors meeting. “We of late have been in very positive discussions in Las Vegas and in Charlotte. We still believe Phoenix is a good market. We have been in discussions with Detroit. I will say that we are going to take our time on team 30.”